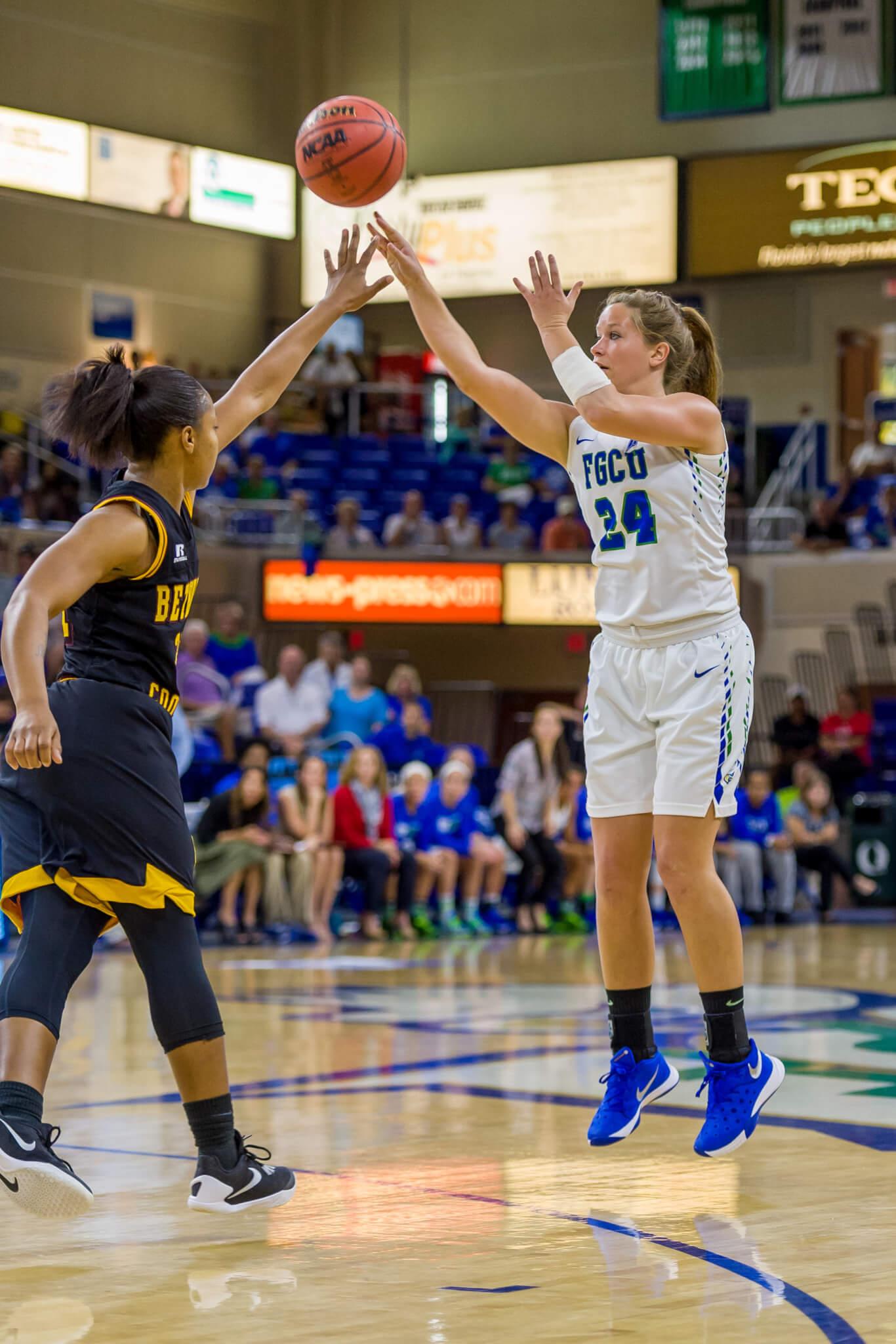 The FGCU women’s basketball team suffered a 66-56 loss against Quinnipiac in its 2016-2017 season opener.

The game remained back and forth throughout the first 20 minutes, ending the first half 27-26 in favor of the Bobcats. However, the Eagles were outscored 29-40 in the second half, ending with their defeat.

Juniors, Rosemarie Julien and Erica Nelson came up big with double-digit points. Julien led the team with 16, while Nelson and redshirt junior Haley Laughter each followed with 11.

The team’s lone starting returner, Taylor Gradinjan and transfer China Dow each totaled six rebounds accounting for half of the Eagles’ total.

In the first quarter the Eagles pulled ahead 9-6 before Quinnipiac took control with a seven-point run.

The second quarter started off with a three-pointer from redshirt junior Jessica Cattani, setting off a seven-point streak that allowed FGCU to reclaim the advantage at 17-16. The Eagles continued to dominate the floor with points from Nelson and redshirt sophomore Tayler Goodall, leading the game 25-21.

Quinnipiac took control in the third, outscoring FGCU 20 to 9. Laughter started off with a three to cut the Bobcats lead to seven. As the quarter went on, the Eagles came within five before the Bobcats scored 10 to end the game 66-56.

Next, the Eagles will return home to Alico Arena to face Hartford on Sunday, Nov. 13 at 2 p.m.