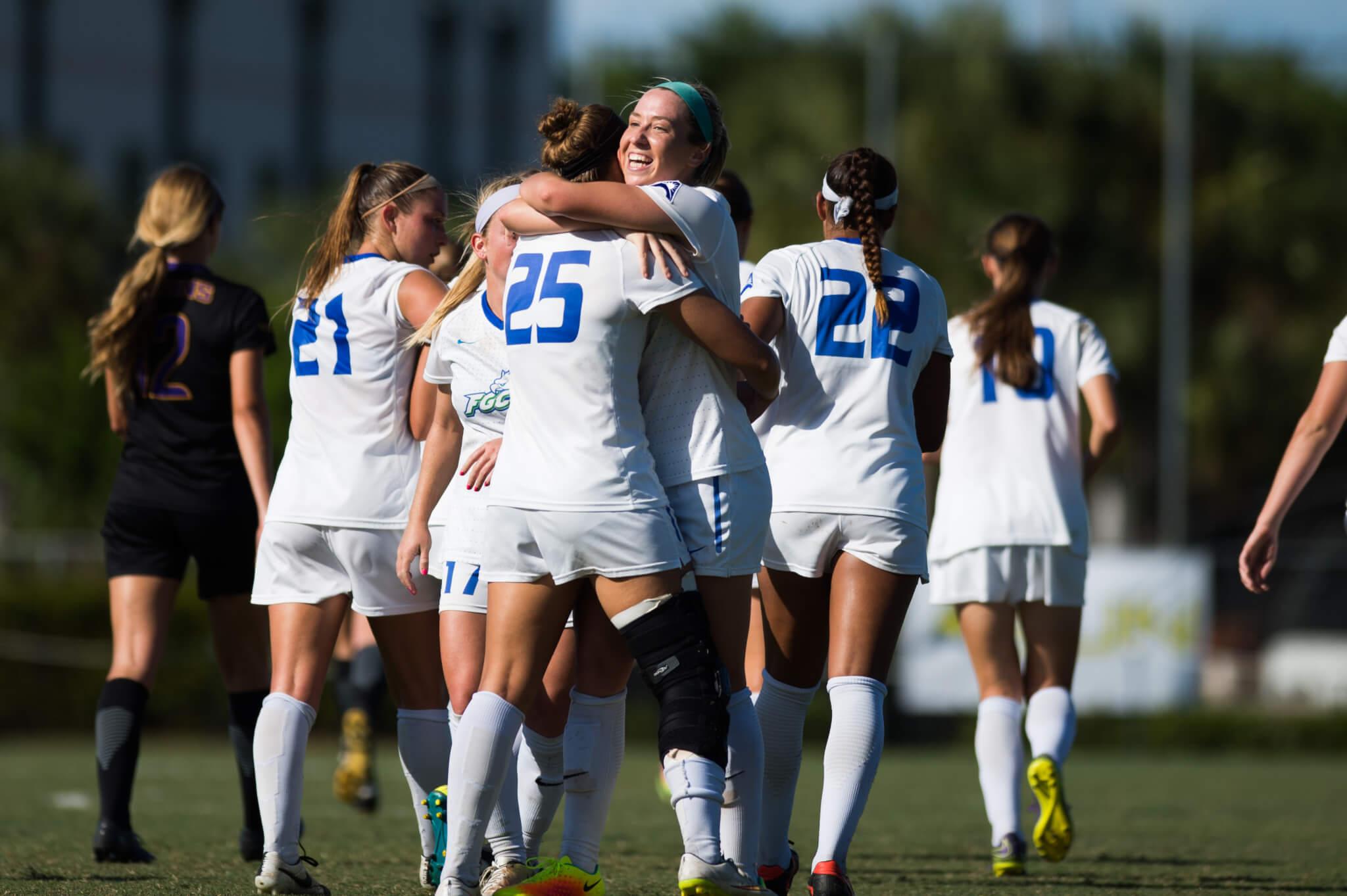 After being rained out on Friday in a rematch of the ASUN final, the FGCU women’s soccer team was back in action on Sunday, scoring three first half goals to pick up its first win in conference play.

This was the Eagles’ eighth victory over the season and all of them have come on shutouts from goaltender Melissa Weck.

“Its exciting to kind of get back playing and kind of get a rhythm,” head coach Jim Blankenship said. “We go on the road and play a very good Stetson team and we get a point and it felt like the kids were a little bit disappointed and then obviously come back Friday night and we’re out here for two hours and we don’t get a chance to play. I’m really pleased with the way they responded to it.”

The Eagles got off to a quick start with a couple of looks, and shortly after, Marjorie Boilesen received a pass from Emily Olsen and fired home her seventh of the year to quickly give the Eagles a 1-0 lead.

Shortly after, Varin Ness stole the ball away from the Owls and got behind the defense. She scored to give FGCU a 2-0 lead less than 15 minutes into the game.

The pressure continued for FGCU, as they had two chances on a corner and free kick from just outside the box, but neither chance could be headed in.

The Owls had its first corner with a little more than 20 minutes remaining in the half, which was headed away by defender Camille Knudstrup.

FGCU got a third goal, as Lauren Greene connected on a nice passing play, and her left footed shot was deposited into the back of the net for a 3-0 lead.

Kennesaw State nearly got on the board after four quick shots in close with one going off the hands of Melissa Weck and one off the post, but nothing in the net. The Eagles maintained a three-goal lead heading into the half.

In the second half, the Owls earned two early corner kicks and continued pressure, but nothing came of it, as the Eagles’ backline came up big.

Looking to go up 4-0, Ness was able to dazzle her way through the defense to set up a scoring chance for Hope Van Wagner, but her shot was knocked over the net for a corner.

Weck made her second save of the afternoon on a corner kick that was headed by Carly Pressgove. Pressgove was then called for a foul, giving the Eagles another free kick outside of the box, but the Owls deflected Knudstrup’s shot out of play.

Boilesen, on another attack, hit the post and the rebound came to Ness, but her shot went high, as the Eagles went on to win 3-0.