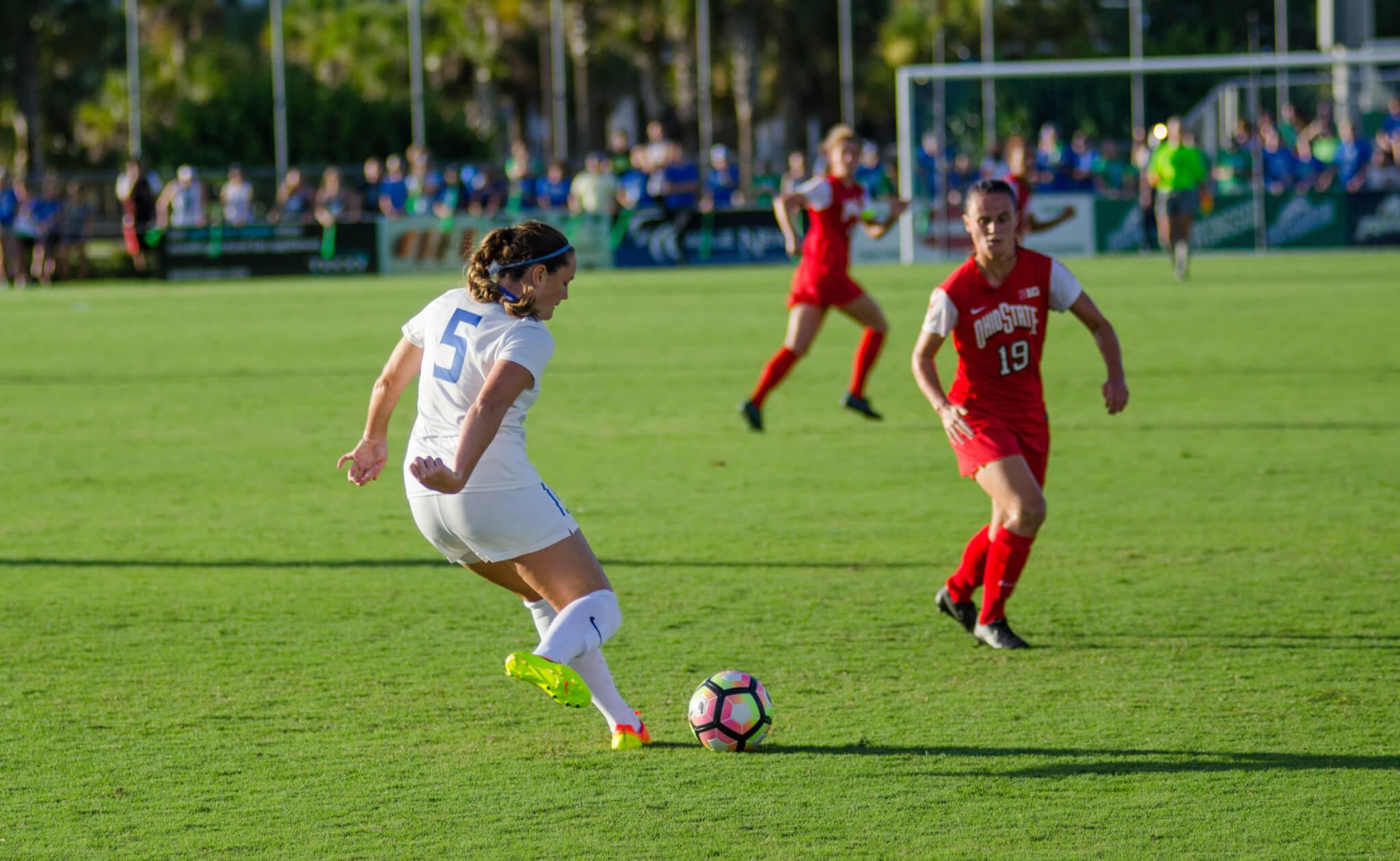 “To get a win is always important,” said head coach Jim Blankenship. “We got a chance to play a lot of people, so to walk away with a win on a Sunday is great. We’ve felt that the last two Sundays we should have gotten a result. I’m proud of the effort today and that second goal was a big goal, it took a lot of pressure off.”

In the first of a five-game home stand for the Eagles, and the first ever matchup between FGCU and St. Bonaventure, a 1 p.m. kickoff, with a real-feel temperature of 100 degrees, set the stage for a tough test of athleticism for both sides.

In the 20 minute, the two-time Atlantic Sun player of the year notched her 6th goal of the season. The assist came from the collective efforts of Meaghan Mulligan and Lindsey Patton who drew the defenders out of position and removed the attention from Tabby.

After a pass from Mulligan and a dummy run from Megan Young, Tabby lifted the ball into the roof of the net off of a one-time finish. Tindell’s goal marked her 58th career goal, making her the fourth-highest scorer in Atlantic Sun Women’s Soccer history.

Soon after, Tindell had a one-on-one goal scoring opportunity, but unfortunately hit the post.

To start the second half, freshman goalkeeper, Melissa Weck, proved vital to the preservation of the lead as she turned away solid efforts from St. Bonaventure.

In the 77th minute, a mistake by The Bonnies goalkeeper, Lauren Malcom gave Megan Young her first career goal after Malcom’s weak pass to her center back was intercepted by Young and put in the back of the net, giving the Eagles a 2-0 lead.

From there, Melissa Weck held strong until the end of the game, turning away multiple chances from the Bonnies. This earned Weck her 5th clean sheet of the season.

“We really want to look to improve on capitalizing on opportunities in front of goal,” Tindell said.

The Eagles now turn their attention to their first Atlantic Sun Conference game of the season, as they welcome Stetson to the FGCU Soccer Complex on Friday, Sept. 23.