Give ‘Em Kel: FGCU seniors have changed the program forever 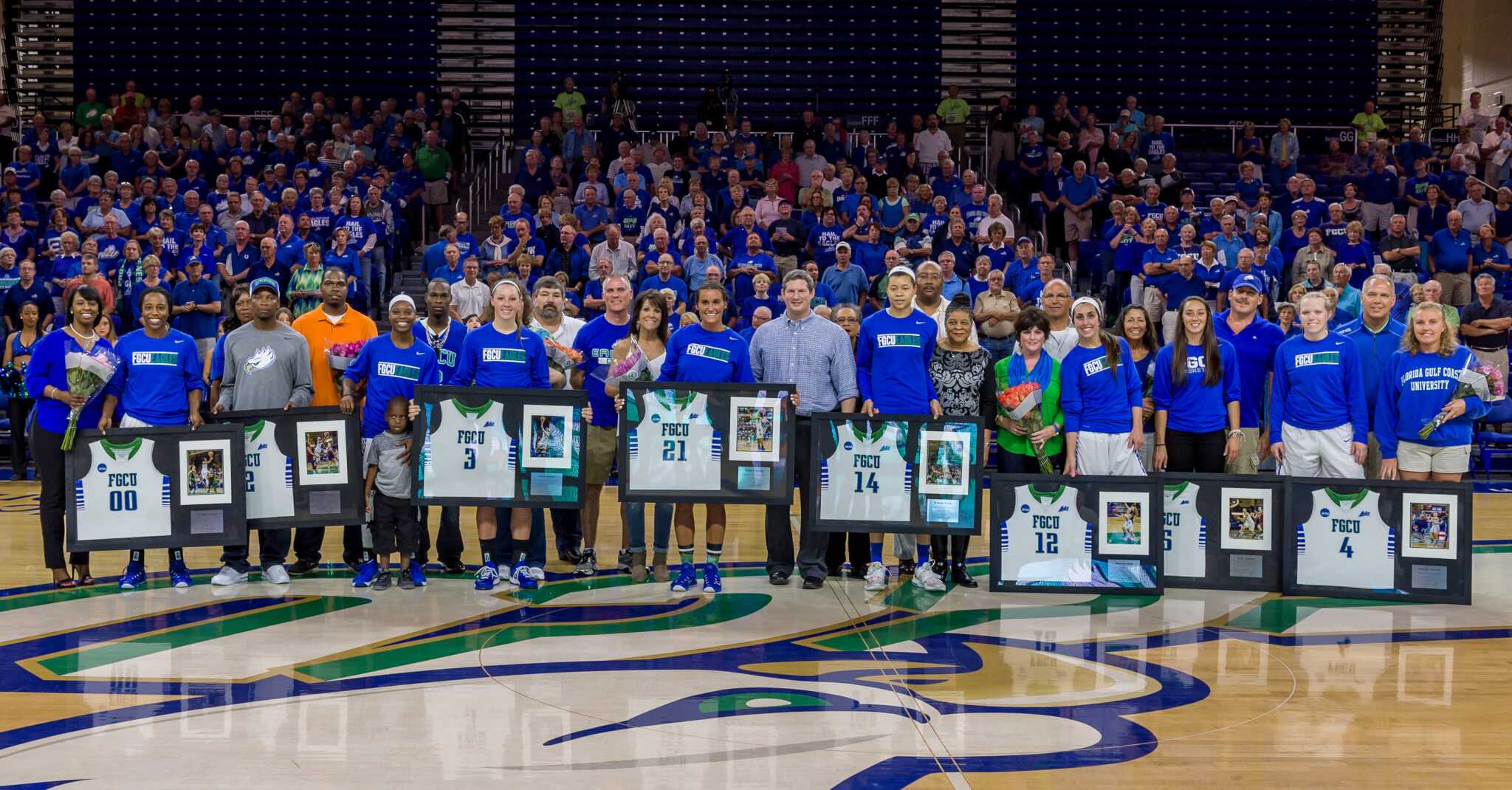 Well this is it.

Tonight is the last time the seniors of the FGCU women’s basketball team will walk across the floor of Alico Arena for tipoff.

Tonight, FGCU will face Michigan in the WNIT’s Final Four game at Alico Arena. Winner goes to the championship to face off against South Dakota in Vermillion, South Dakota. Loser ends the season.

The WNIT confirmed last night that South Dakota will host the championship game in Vermillion. Last night, the Coyotes obliterated Oregon, 88-54, in front of more than 5,000 fans.

In 2014, Alico Arena was topped off at 4,702 during a men’s basketball conference championship, 69 fans over its listed 4,633-person maximum capacity.

It’s going to be hard to see them walk off the floor for the last time. What this senior class has accomplished for the program is incredible and I’ve been lucky enough to cover the same team through my four years at FGCU.

Combined, these eight seniors, led by FGCU head coach Karl Smesko, have contributed  5,184 points. Of those points,  662 were 3-pointers. They have only lost to a conference foe in the regular season once.

Knight, a two-time A-Sun Player of the Year, spent five years with FGCU and appeared in every Division I NCAA appearance the program has made.

In 2011, when FGCU made its first-ever D-I NCAA appearance, Knight was tabbed as the conference’s Newcomer of the Year. In the program’s round of 64 game in the Raleigh Region against St. Bonaventure, Knight contributed eight points and four rebounds in the 72-65 loss.

Knight, Atwater and Haas all reached the 1,000-career point mark, while Dunson, Gluesing and Meador also earned several other honors.

And this year, the same class took FGCU on its longest run in the D-I post season, reaching the WNIT’s Final Four.

In the WNIT, FGCU remains as the only team to earn a double-digit win through all four rounds. The until last week’s Elite Eight game, Michigan was the only other team in the tournament that could boast the same. Tonight, FGCU will face Michigan at 8 p.m. for a shot at the championship.

I’ve had the pleasure of watching seniors take this program to another level over the past four years — from the stands, on press row and on the baseline.

So tonight, take a second to soak it all in because the program will never be the same.

They’re going to be a hard act to follow, but I’m sure Smesko has something up his sleeve for next year.