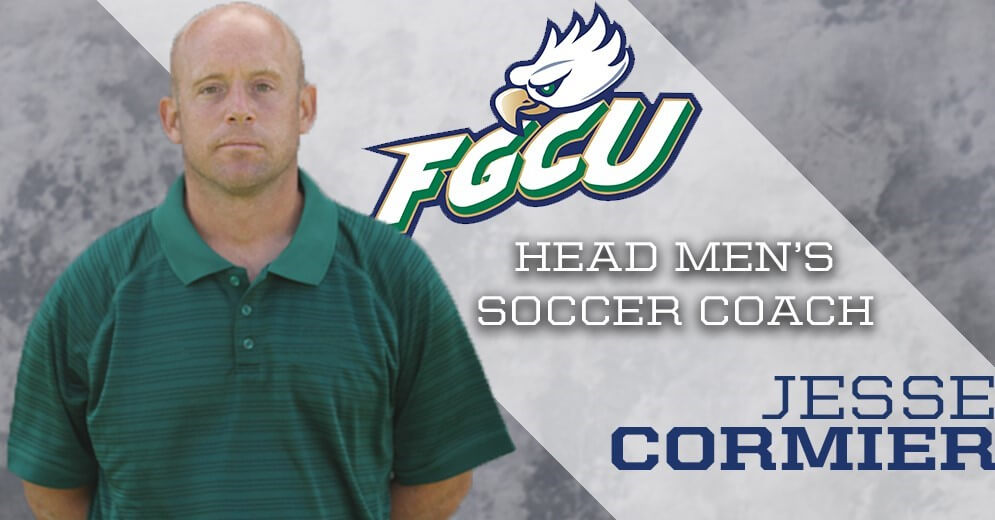 Following the departure of program founder Bob Butehorn, FGCU Director of Athletics Ken Kavanagh announced that Jesse Cormier will be the new head coach of the FGCU men’s soccer team.

Succeeding Butehorn, who resigned to take the head-coaching job at USF, Cormier joins the Eagles after spending 13 seasons as the head coach at the University of Vermont.

“I want to express my gratitude and appreciation to Athletic Director Ken Kavanagh and the search committee for giving me this great opportunity to take over and lead a program which has achieved great success,” Cormier said to FGCU Athletics. “Bob (Butehorn) built a great program that is extremely dynamic with so many great young men. I’m looking forward to the opportunity to work with them.”

Joining an FGCU side that is fresh off of its best season in program history, Cormier made back-to-back NCAA tournament in 2015 and 2016 with the Catamounts leading them to the second round of the 2016 College Cup, where they fell to No. 12 Virginia 2-1 in the second period of overtime.

A graduate of Vermont in 1995, Cormier led Vermont to the America East Tournament in 12 of his 13 seasons, winning two American East Tournament titles in five title game appearances, winning a regular-season championship and advanced to three NCAA tournaments.

“It is with great pleasure that we welcome Jesse, his wife Amy and the rest of the Cormier family into FGCU, Southwest Florida and our Eagles’ athletics family,” Kavanagh said to FGCU athletics. “A quality individual, Jesse is a proven winner and brings a tremendous wealth of experience and coaching success to The Nest. In turn, we look forward to him providing energized daily leadership to our wonderful group of student-athletes, quickly getting engaged with our growing fan base and maintaining the tremendous tradition of overall excellence, on and off the pitch, that has been established by FGCU men’s soccer since our inception a decade ago.”