The man behind the chant 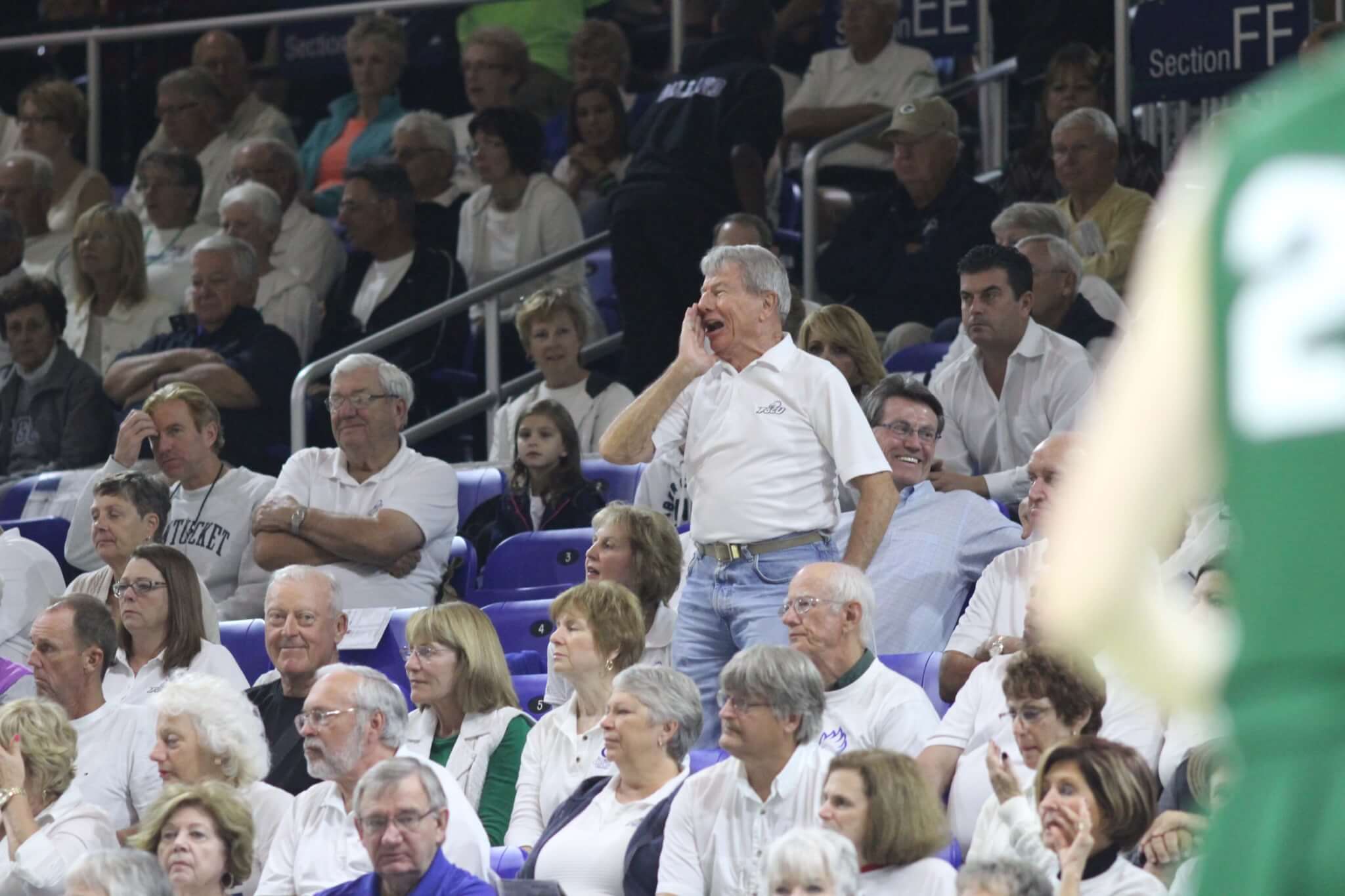 Bill Stauffer has been there since the beginning.

He was there in 2002 when Alico Arena was built and the Florida Gulf Coast University basketball teams played their very first season. He was there in 2011 when FGCU finally earned its Division I status. He was in Tallahassee in 2012, watching the women play in the school’s first appearance in a D-I NCAA basketball tournament. He was there in Philadelphia and Arlington in 2013, while the rest of the world was still learning FGCU’s name.

Bill Stauffer has been there all these years, leading the familiar chant from his seat in the dead center of Section S.

“In the first season, I thought the games were really, really quiet,” Stauffer said, “so I started yelling ‘Go Eagles!’ It started out with just the people around me in Section S, then others started joining in and picked it up.”

Now 13 years later, known to the students simply as the “Go Eagles guy,” Stauffer can (seemingly effortlessly) entice a sold out crowd to join in without skipping a beat.

“His chant is one of the early traditions that started before there was even a real fan group like the Dirty Birds,” said Denise Da Silveira, assistant athletics director for marketing and sales, who acts as the ringleader for the Dirty Birds.  “Before 2009, that was the only real traditional chants we had. The fact that he’s been able to connect with the student section and strategically do it as a rally point when the crowd gets quiet has been great.”

The chant eventually caught the attention of the FGCU cheerleaders, who picked up the chant and unofficially adopted Stauffer as a walk-on.

“They gave me my own megaphone,” Stauffer said with a laugh. “In 2012 the cheer team gave me a megaphone signed by all the cheerleaders on the team. I still have it.”

Although you may not catch him at every game with his personalized megaphone, Stauffer’s voice, laced in a thick Pennsylvania accent, carries outside the walls of Alico. The three-branch veteran served in the United States Army and Marine Corps as a Chinese-Mandarin translator and interpreter after graduating from the Army Language School and Maryland University.

In addition to Stauffer’s three years with the U.S. Army, he served three years in the Marine Corps and 20 years as a Naval officer before retiring from the Department of Defense and moving to Bonita Springs in 2001.

Inside Alico, Stauffer’s efforts to prevent a dull crowd, even when the team isn’t winning, has students taking notice.

“Hearing the ‘go eagles’ chant always seems to get Alico going every game,” said senior business management major Austin Megna. “It’s always the start of the madness and it has been there since before the start of Dunk City. I don’t know the gentleman personally, but we all know him in our family of eagles.”

Stauffer brought the chant with him from attending games of his formerly adopted hometown team at the University of California – Santa Barbara, a foe the men’s team took on twice this season.

“I’ve been a big basketball fan since I was in grade school,” Stauffer said. “I have adopted FGCU as my home team.”

Bill Stauffer knows how to charge up a crowd because he’s been there since the beginning, leading the chant.