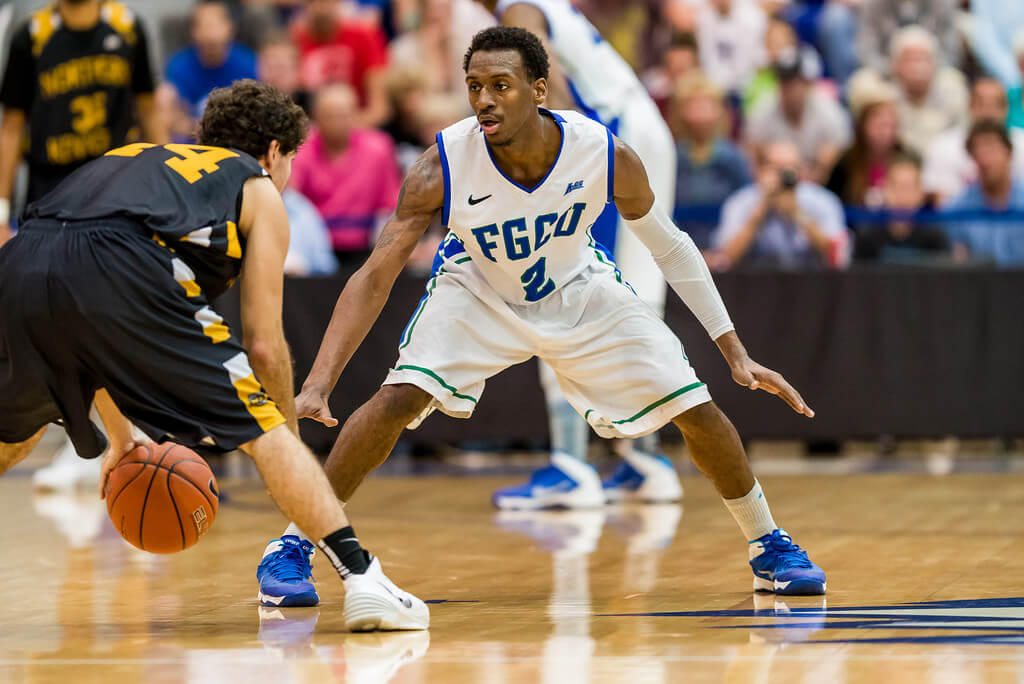 Former FGCU shooting guard Bernard Thompson, 23, signed with Germany’s MLP Academics Heidelberg and will be considered as a starter on the team.

“I thought this was the best place, a good stop for me to continue my career,” Thompson said. “I’m excited to go out there. I think this will be a good place for me to get some exposure. If I play well, I can hopefully move up the following year.”

As a rookie, Thompson led his Slovakian team, MBK Rieker Domarno, to the Extraliga Finals, with 16.2 points per game last season. He also had a team-high 2.1 steals.

Thomson ended his career as an Eagle as a four-year starter and All-Atlantic Sun selection, scoring a total of 1,835 points. His 636 field goals and 344 free throws made are the best in FGCU history.

Thompson was a main leader in FGCU’s 2013 Sweet 16 run that led to national attention and the famous Dunk City slogan.

Represented by Austin Walton of the Walton Sports Management Group, Thompson is scheduled to fly out on Aug. 16 and will attend a two-week training camp before officially starting the season on Sept. 24.

“I’ve been staying in the gym, working out,” said Thompson, who has spent most of the offseason in the Miami area. “I go to LA Fitness to do some cardio. I’m in pretty good shape, so I should be ready when the time comes.”

Thompson is excited for his future with Heidelberg and is glad to finally have a job. With training right around the corner, Thompson is hopeful for his new team and expects to offer scoring and leadership.