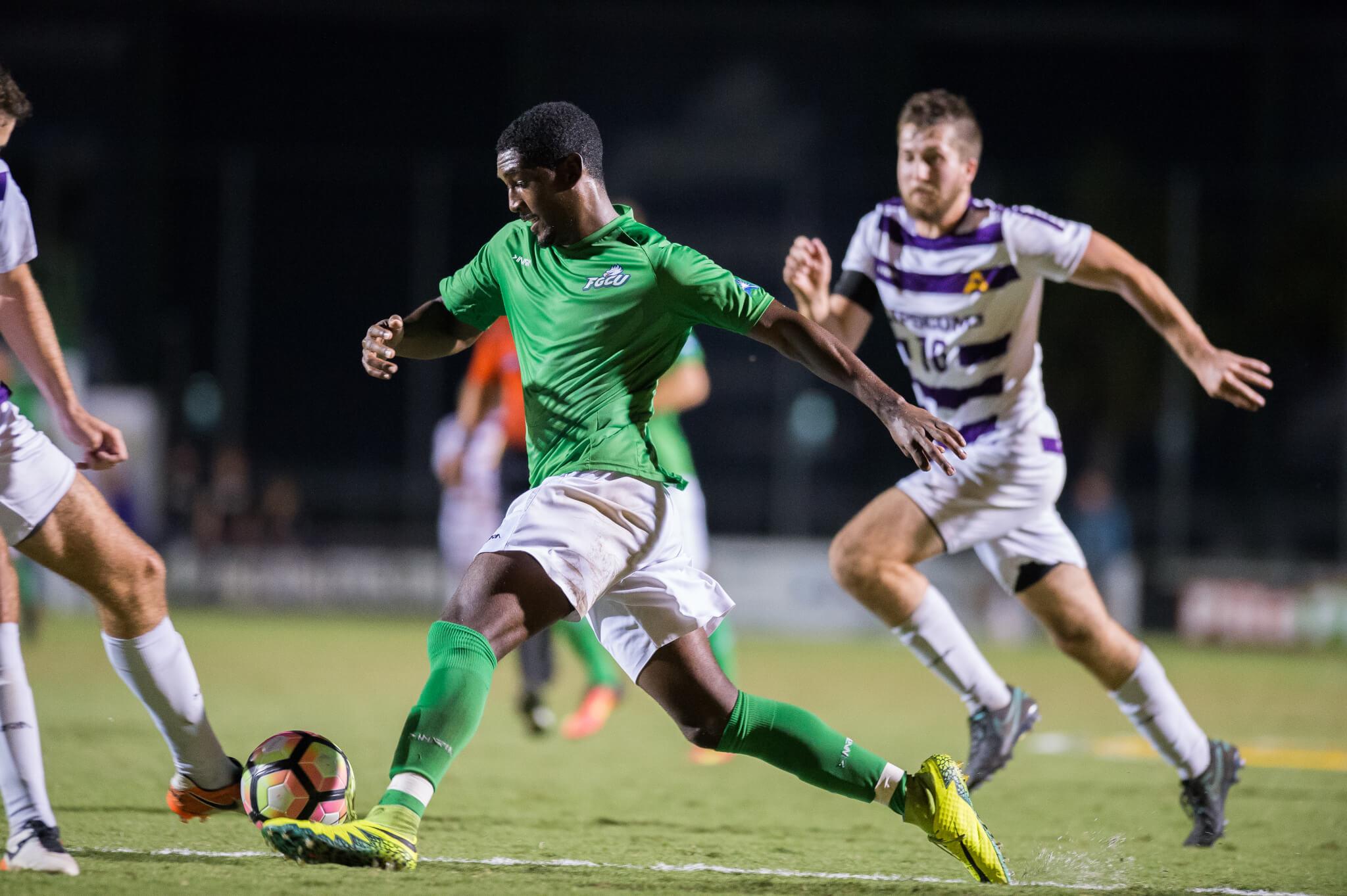 Rielee Mohsin was the hero on Saturday night when his headed goal in the second period of overtime sent the No.20 FGCU men’s soccer team to the ASUN Men’s Soccer Championship final with a 3-2 victory over Lipscomb.

Coming into the match in the 76th minute, Mohsin started both periods of added time with the mindset of sending the Eagles one step closer to the NCAA tournament.

“We called it on the sidelines,” FGCU Bob Butehorn said. “I even said to my staff, he’s going to get a goal. That’s why we left him on the pitch, and he said it to me as well, he said I’m going to get it.”

ASUN player of the Year, Albert Ruiz, extended his nation-leading goal total to 19, bringing the Eagles level in the 35th minute and putting FGCU up 2-1 in the 61st minute.

Playing to a 1-1 overtime draw against Lipscomb a week ago in Nashville, The Eagles fell behind midway through the first half when Logan Paynter slotted the ball past FGCU Goalkeeper Jared Brown from 10 yards out to give the Bisons a 1-0 lead.

The Eagles quickly responded as Dennis Zapata found Arion Sobers-Assue, who found Ruiz in stride towards goal where the Spaniard slotted a left-footed strike to the far right post to bring FGCU level at one.

Entering the end of the first half being outshot by the Bisons 8-4, the Eagles turned up the pressure in the final third of the pitch, firing five shots in the first five minutes of the second half.

After 10 minutes of pressuring the Bisons’ backline, Ruiz found the back of the net once again, receiving the ball from Zapata at the top of the area, Ruiz fired the ball with a left-foot from 20 yards out to the far left post that left Lipscomb’s keeper flat footed in the middle of the net.

72 seconds after falling behind 2-1, the Bisons quickly responded as Cameron Botes scored his first goal of his collegiate career, hitting home a pass from Paynter into an empty net after Brown come off of his line to challenge a ball played into the box.

Both teams battled back and forth in the remaining 18 minutes of regulation taking multiple shots at goal but no one was able to find the game-winner as the teams headed to overtime.

In the first period of overtime, it appeared that the Eagles would be through to the final early on, but Justin Gavin’s headed effort from a cross played by Jiro Barriga Toyama missed just left of the goal.

In the second period of overtime, FGCU found the goal to keep its season alive when Mohsin scored his second goal as an Eagle, heading home Gavin’s cross into the back of the net.