Norelia titled Co-Player of the Week by Atlantic Sun 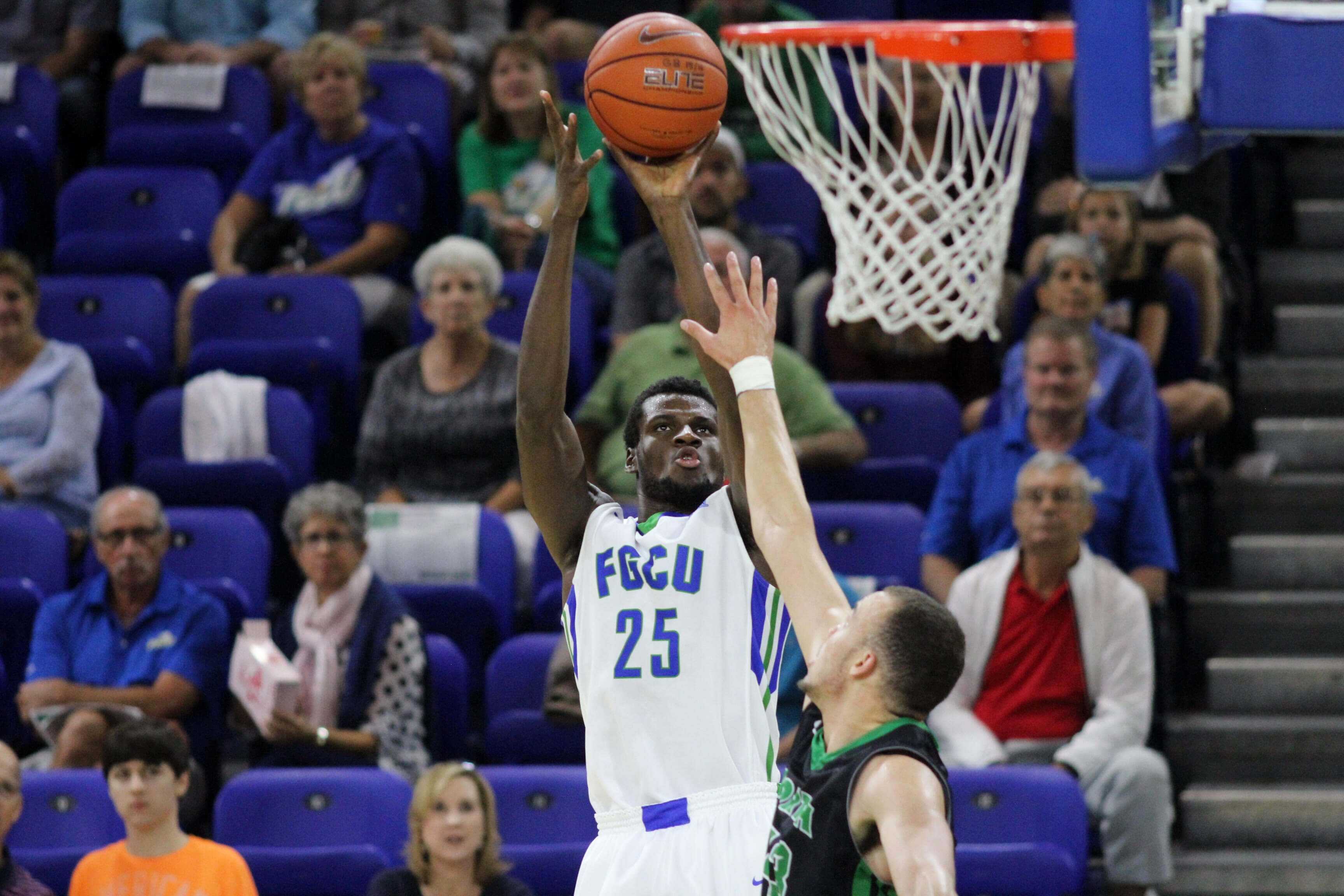 Norelia averaged 18 points and nine rebounds per game en route to helping lead the Eagles to two wins, with the lone loss coming versus South Dakota in overtime, 89-81. In that contest with the Coyotes last Monday, the redshirt junior notched his fifth 20-point game of the season and sixth double-double of the campaign by grabbing a game-high 12 rebounds. Additionally, he blocked a career-high five shots.

The 6-8 Tulane transfer backed that performance up with a 15-point, nine-rebound outing opposite Atlantic 10 Conference member La Salle on New Year’s Eve Day as he led the Eagles to their second victory over an A-10 foe this year, 86-77 (UMass, 77-76). He concluded the weekon Saturday with 19 points and six rebounds as part of a 68-57 win over 10th-ranked Division-II Eckerd.

Norelia leads FGCU and ranks 7th in the league in scoring at 15.7 per game. He is 2nd in the A-Sun in rebounding at 8.7 per game.
After scoring 273 points in his entire redshirt sophomore season (8.3 per game), Norelia has already totaled 235 points this year, an increase of 7.4 per outing. He has also drastically increased his rebounding, as after grabbing 170 (5.2 per game) last year, he’s secured 130 so far this season.

Norelia and FGCU have won two in a row to get back above .500 heading into the final non-conference game of the regular season Tuesday at home against NAIA member Webber International (7-8) at 7 p.m. The young Eagles – who receive between 80-90 percent of their points, rebounds and assists from non-seniors – have had all but one of their seven losses come against top-155 RPI teams, including three losses to top-35 teams and four to top-100 opponents.