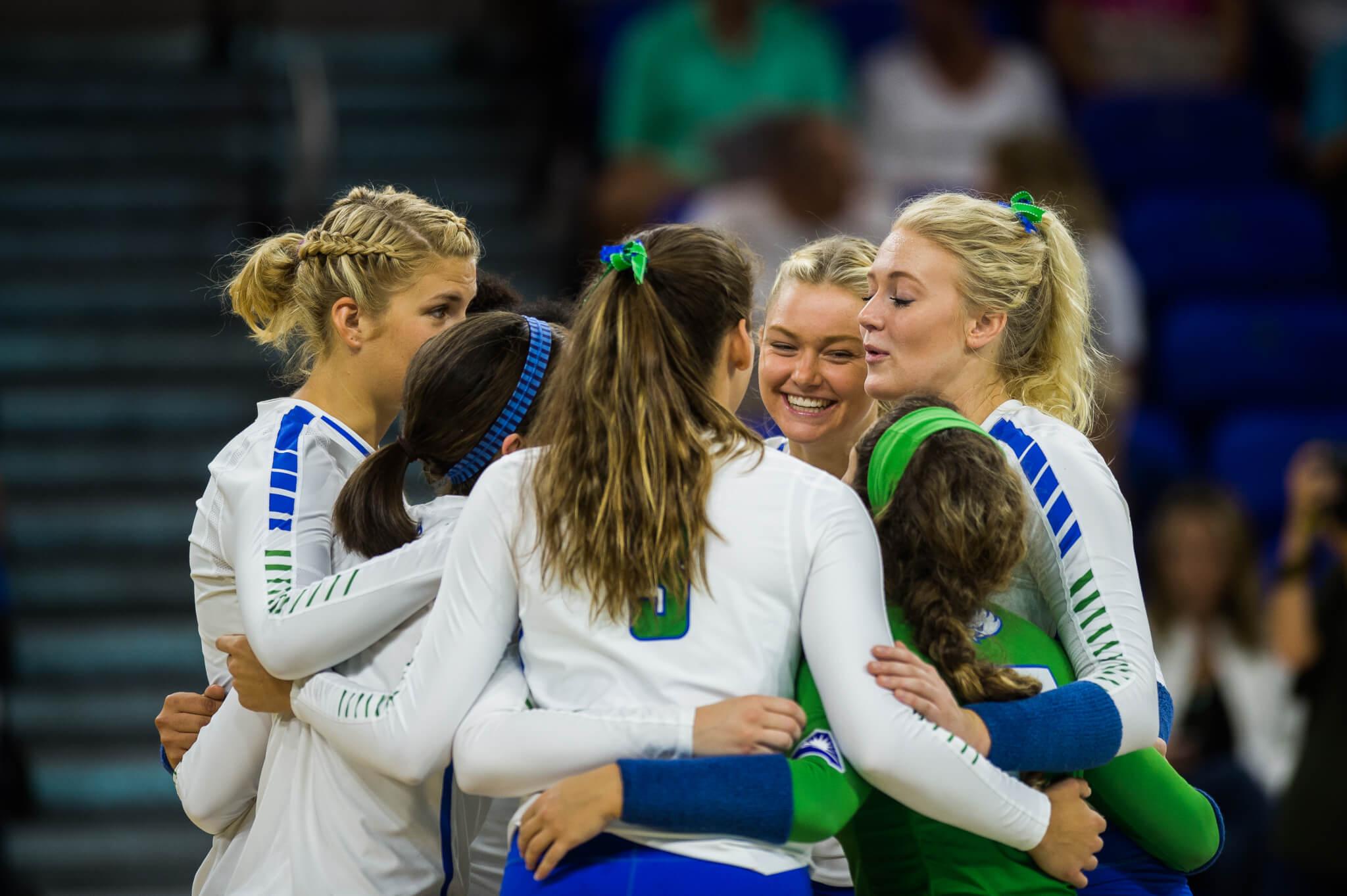 FGCU volleyball is slated to host yet another tournament. The Eagles stay at Alico Arena to host the FGCU Homewood Suites Classic. The teams coming to Fort Myers to take part in the two-day tournament on Friday, Sept. 9 and Saturday, Sept. 10 are South Alabama, Marist and Indiana.

FGCU will start tournament play at 6 p.m. Friday against South Alabama. Then, on Saturday, the team will play Marist at 10 a.m. and finish the weekend with a 7 p.m. match against Indiana.

After a tough 1-2 start at the Ohio Tournament the first weekend of play, the Eagles came back with a vengeance at the Hilton Garden Inn Classic. With two strong 3-0 wins over Delaware and New Orleans, FGCU’s confidence grew as it continued future play.

With a team hitting percentages of .225, the Eagles hope to limit their opponent’s overall attack percentage of .237.

Even though FGCU comes into this tournament with overall team stats that are lower than its opponents (assists 11.9 per set, digs 13.7 per set, blocks 1.8 per set, and service errors 1.6 per set), the Eagles hope that they can regain control of the conference, boosting their team play.

South Alabama comes into the tournament 4-1 after a tough loss to Samford.

As a team, South Alabama has a strong attack percentage of .226, while keeping its opponents to .208. So far, the Jaguars have continued to top their opponents in nearly every category of team statistics.

Some standout players for South Alabama are outside hitter Mechell Daniel, posting the team’s highest hitting percentage of .276 and 2.42 kills per set, and Sarah Richardson, who averages 1.07 blocks per set.

Defensively, South Alabama is held down greatly by veteran defensive specialist Abby Baker. Baker post 3.63 digs per set and has a reception percentage of .957.