Regardless of A-Sun result, FGCU women are in 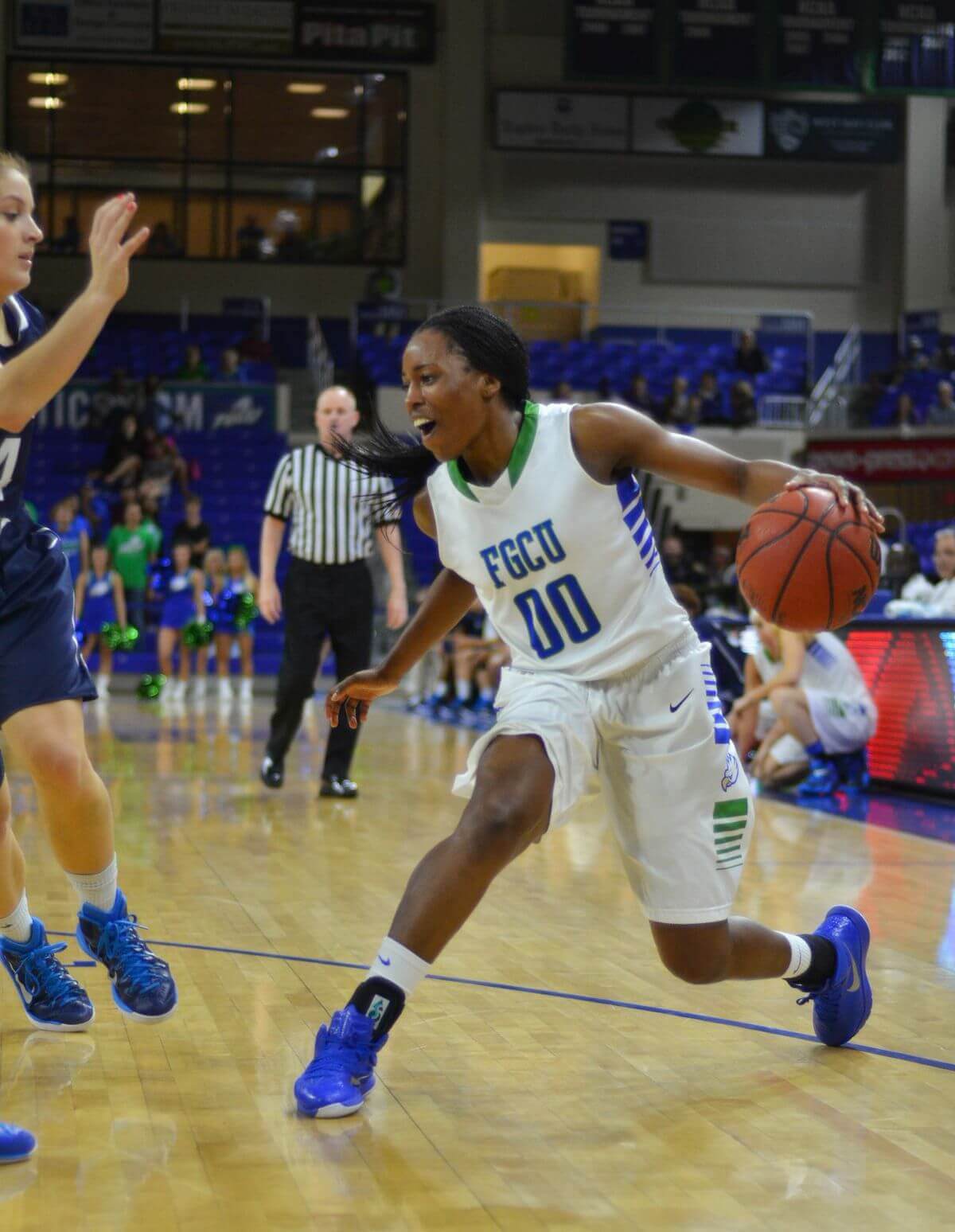 The Florida Gulf Coast University women’s basketball team has made history at FGCU and across the country since it became a program. The Eagles have consistently been the most successful program on campus, and if it wasn’t for Dunk City, they would be the most popular team on campus. But the FGCU women have a chance to do something that no team in the Atlantic Sun, men or women’s, has been able to do.
If, and this a really BIG if, they were to lose in the A-Sun championship game next month, I believe that they still have earned themselves a spot in the NCAA tournament as an at-large team.
That rarely happens. Mid-major conferences don’t usually get more than one team in the tournament, but with how impressive FGCU has played so far this year, there isn’t a doubt in my mind that the committee will select them as one of the 64 teams to compete.
If you’ve read any of my columns during the past few years, you know how much of a supporter I am of the FGCU women. I traveled to Tallahassee in 2012 and West Lafayette, Indiana, in 2014 for their tournament games.
But what I saw this past weekend made me realize just how good this team is. I traveled up to Stetson to watch the Eagles play the Hatters this past Saturday. If you recall, the last time FGCU played Stetson, the Eagles were down 15 with 13 minutes to play and came back to win so naturally I was expecting the same type of close game.
Boy, was I wrong.
FGCU went into Stetson and just demolished the Hatters. The Eagles beat them by 22 in their own house, and in my opinion, solidified their spot in the NCAA tournament regardless of what happens the rest of the season.
If you look at the Eagles’ resume, you’ll see the number 19 next to their RPI ranking. That is huge.
At 22-2 (8-0 in A-Sun play), FGCU has established itself among the top teams in the country and arguably the best of the mid-majors.
The Eagles rank 29th in the AP poll and 31st in the USA TODAY coaches poll.
FGCU is 7-1 against the RPI top-100 teams with the only loss coming to number No. 35 Ohio State on a neutral court in triple overtime.
FGCU has passed its toughest test of the year, but the season is not over yet. The Eagles have a huge test Thursday as they face off against Northern Kentucky, which has been the only A-Sun team to defeat FGCU in the regular season since 2011. However, the Eagles defeated the Norse (yes, that’s what they are called) by 21 on the road Jan. 31, so they shouldn’t have a problem at home.
So, fans of the women’s basketball team, start prepping for a trip in March because it’s going to happen. Whether we are a 10-seed in Knoxville or a 12-seed in Starkville, Mississippi, it will happen. And I believe that this is the year that the Eagles finally make some noise. I truly believe this team can make it deep into the tourney. I think this is the most talented team that Coach Karl Smesko has had since he’s been here, and the results prove it.
So get your shoes ready, girls. You’re going dancing.