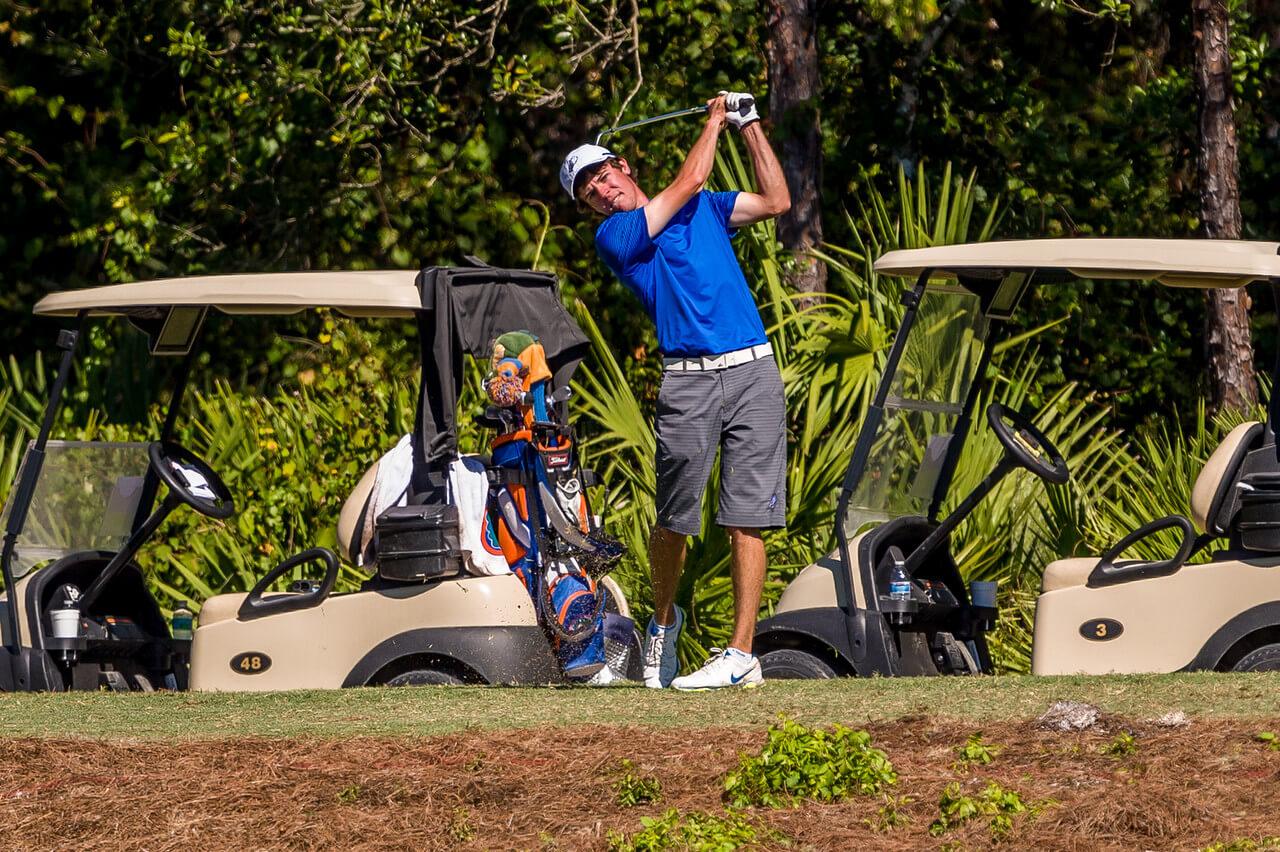 A student athlete is one who can exemplify high FGCU standards on and off the court, field or course. For golf graduate Austin Schultz this seems like an easy task. Recently graduating with a degree in psychology, Schultz — not including his spring 2016 semester — has a cumulative GPA of 3.77 and is a two-time dean’s list recipient since transferring to FGCU after his sophomore year at Florida Southern College.

“Receiving the Atlantic Sun Men’s Golf Scholar-Athlete of the Year award meant a lot and was a huge honor,” Schultz said. “I proved to myself that I could have great performance on and off the course.”
Before becoming an Eagle, Schultz played for the Florida Southern Moccasins. There, he excelled even with the lack of courses and training facilities. However, once transferring, Schultz’s career as a student athlete propelled even further.

“Florida Southern was a much smaller, Division II school,” Schultz said. “There weren’t as much facilities, and FGCU is about eight times bigger. There are also strength and conditioning coaches and a lot more opportunities to travel around the nation while playing at FGCU. For example, we went to North Carolina and Illinois.”

Beyond the facilities and training camps, Schultz’s success as an athlete also came from Coach Booker. Having played in NCAA tournament’s, Booker has a lot of knowledge on the sport and trained Schultz into a player to be reckoned with.
“Once transferring to FGCU, Austin blossomed as both a student and an athlete,” coach Eric Booker. “I’m almost like a proud father because I was so fortunate to have both Austin and Jake Sherwin as leader figures this year and hope that their determination on and off the course can rub off onto future players and give them a reference to look back to.”

Assistance from a lifelong friend, turned teammate, also gave Schultz the determination he needed to excel as an athlete. Jake Sherwin, the captain of the team who maintained a 3.56 cumulative GPA while also finding a spot on the A-Sun All-Academic Team twice, was the perfect motivator for Schultz.

“Me and Austin have always pushed each other,” Sherwin said. “We’ve been playing together since we were about 12 and have always joked around with grades and scores, which has created a good competitive rivalry between us.”

From being homeschooled and graduating second in his class to graduating with a 3.77 cumulative GPA and receiving the Scholar-Athlete of the Year award, it is hard imagine Austin Schultz doing anything less than excelling. With hopes of pursuing a career in golf, Schultz anxiously awaits for what his future has in store.