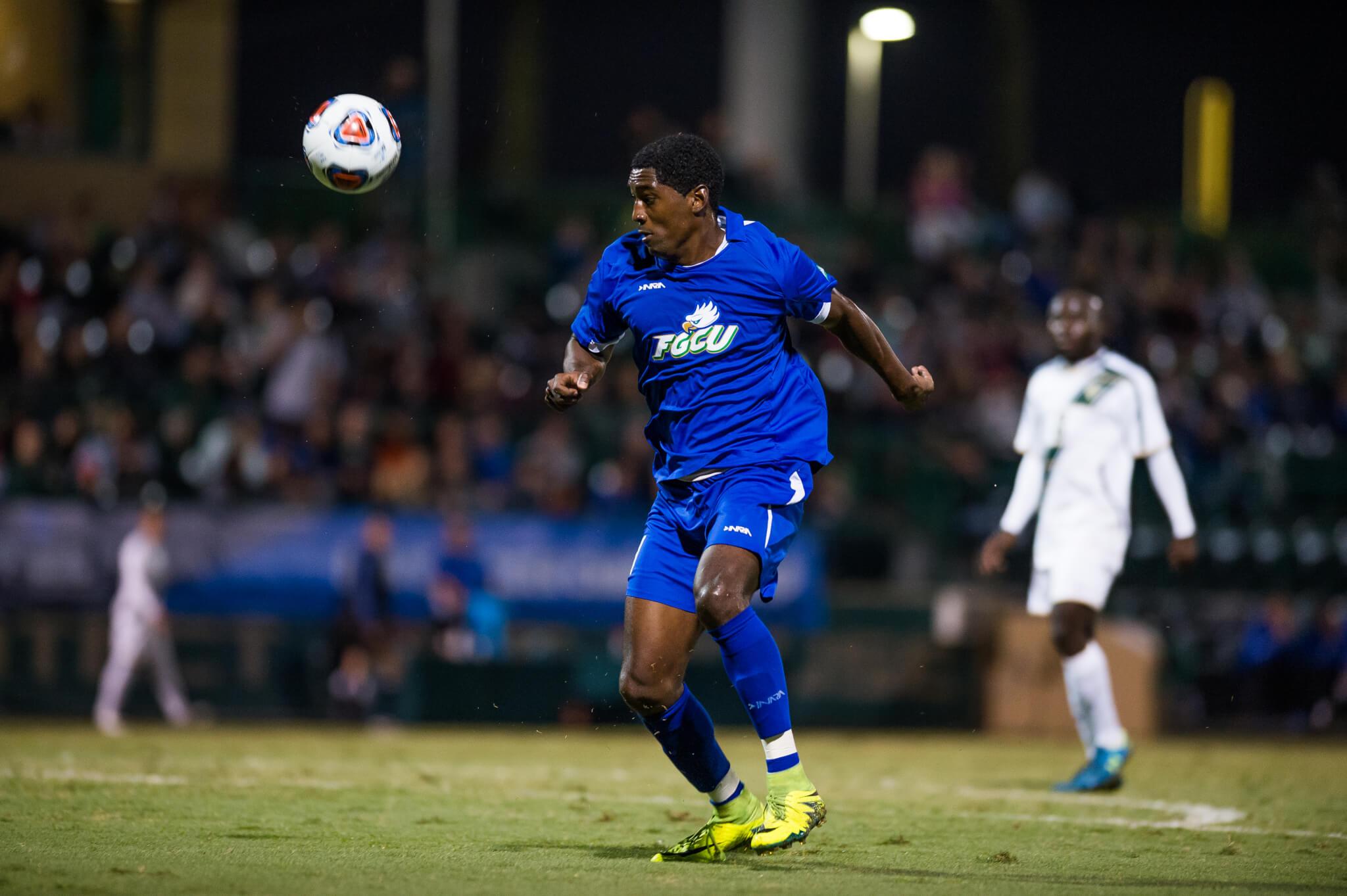 Playing in the second round of the NCAA College Cup for the first time in program history after defeating USF in penalty kicks 3-0, the FGCU men’s soccer team’s historic season came to an end on Sunday, Nov. 21, falling to UNC 3-2 in double overtime.

“It was an exciting season and one I will always remember,” FGCU head coach Bob Butehorn said to FGCU Athletics. “This was a special group of guys that put together a pretty good year by anyone’s standards. Even towards the end of this game, being a man down, the guys responded with a lot of character and a lot of integrity. I’m proud of these guys and we’re very sad to have taken a loss here.”

Despite holding two, one goal leads thanks the opening goal by Robert Ferrer and Albert Ruiz’s goal from the spot, the Eagles were unable to hold their lead, allowing the Tar Heels to equalize and eventually find the winner in the second period of overtime.

In the 52nd minute, a UNC player won the ball in the Eagles half and was taken down Kamar Marriot 25 yards out. The referee quickly reached for his back pocket to show Marriot a red card claiming that he took away a goal scoring opportunity although there were multiple FGCU defenders in the box.

In the opening 11 minutes of the match, FGCU seemed unfazed by the nation’s top defense side that allowed only 10 goals all year, finding the back of the net thanks to a lofted past by Arion Sobers-Assue to Ferrer that was chested and volleyed home to give FGCU a 1-0 lead.

With a 1-0 lead, the Eagles played very defensively waiting for the right moments to counter attack against UNC.

The Tar Heels repetitive pressure on the Eagles payed off in the 30th minute when Tucker Hume hit the ball past Jared Brown from point blank range from Zach Wright’s cross to bring the Tar Heels level.

Both sides immensely turned up the pressure on defense, ending any possible threats at their respective goal to go into the half deadlocked at one.

Going down a man eight minutes into the second half after Marriot was sent home, the Eagles sat back on defense, denying UNC any chance at getting a goal to pull ahead.

After minutes of playing in its own half, FGCU began to counter attack when they regained possession, finding an opportunity to pull ahead in the match despite being down to 10-men when Ruiz was taken down in the box.

The nation’s leader goal scored stepped up to the spot for the Eagles and slotted the ball past James Pyle scoring his NCAA-best 22nd goal of the season, giving FGCU a 2-1 lead with 18 minutes left to play in regulation.

Eleven minutes later, the Tar Heels were able to capitalize on their one man advantage, scoring the equalizer with less than 10 minutes remaining in regulation thanks to a goal by Nils Bruiening.

Heading into overtime with a 2-2 score line for its second consecutive match, FGCU kept UNC on its heels, threatening the Tar Heels for the majority of the first overtime period.

The second period of overtime saw a shift in attacking play as the Tar Heels pressured the Eagles defense.

Earning a corner, UNC had its set piece cleared but quickly recovered the ball sending it back into the Eagles box that was headed into the back of the net by Hume to give UNC the 3-2 victory.

In a season that saw FGCU earn its highest ranking in program history (No. 11) and lead the nation in goal scoring with 62 goals, the Eagles will have many familiar faces back on the pitch in 2017, losing only three seniors.