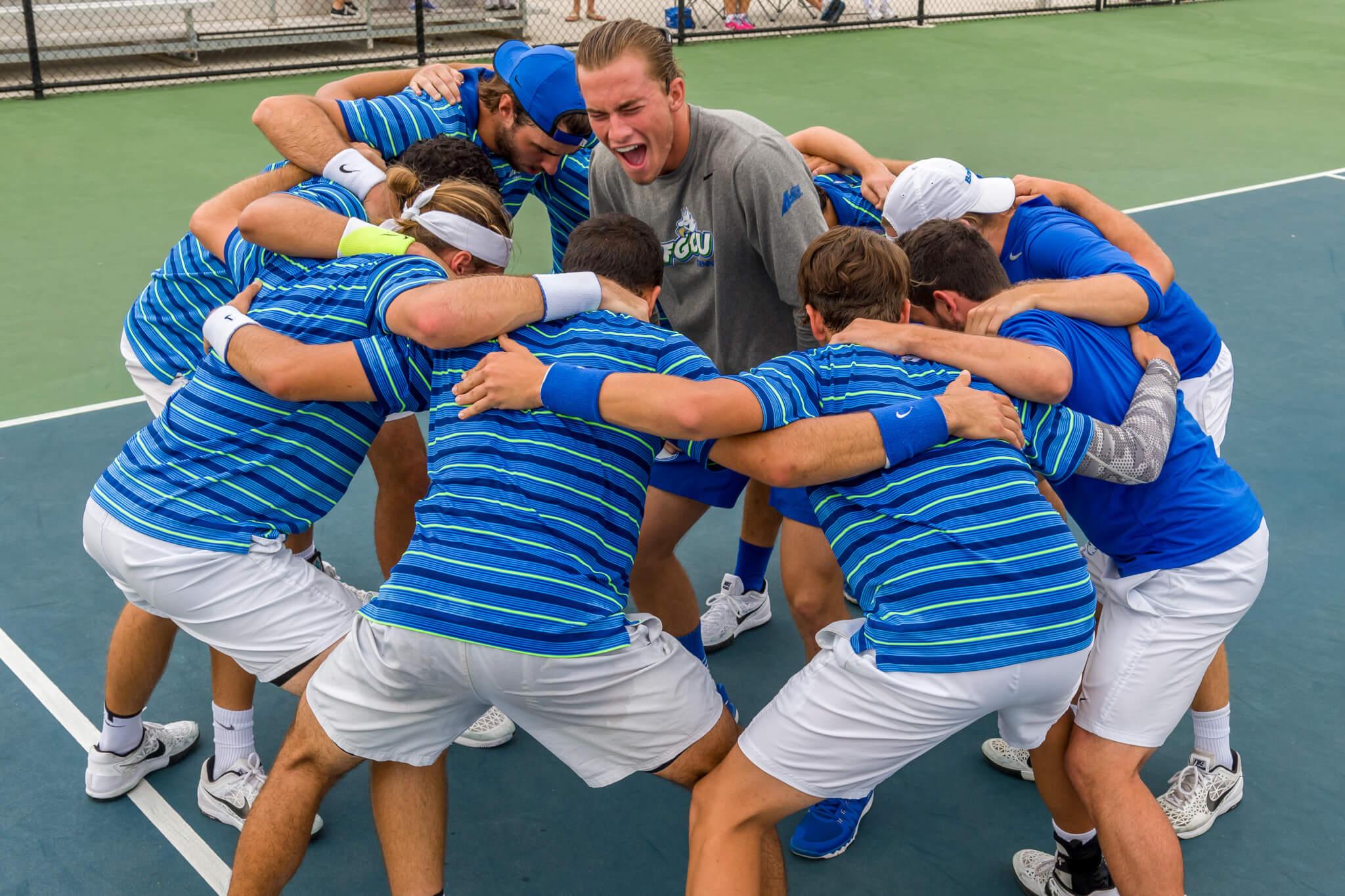 After playing hockey, baseball and football while growing up in Georgia, sophomore Austin Bates was hesitant about playing tennis. Bates’ mom was the one to suggest to her son that he should play.

“It was kind of a push-pull because I really liked being on a team and just kind of having that atmosphere,” Bates said. “But, tennis is pretty lonely, especially in singles, and that kind of scared me a little bit.”

Bates began playing tennis when he was 8 years old, which was followed by him competing in tournaments when he was 10. His fears quickly went away when he started to succeed on the courts.

“I liked the competitive edge of everything being on my shoulders and being able to control everything and not having to worry about other teammates having a bad day or anything,” Bates said.

He attended Pope High School and trained at the Stephen Diaz Tennis Academy in Marietta, Georgia. His team was the state champion his freshman year. Throughout his high school career, Bates traveled all over the country and played in the Intercollegiate Tennis Association tournaments his senior year.

Men’s tennis head coach CJ Weber pointed out that Bates was ranked No. 81 college tennis recruit in the nation in 2014, making him one of the highest ranked players to come to FGCU.

The team felt Bates’ presence immediately when he went 5-7 in singles and quickly got along with his teammates.

“Some teams in college tennis you can tell they are divided, and there are some cliques,” Bates said. “But, when I came here, you could tell all the guys loved each other and that there was a good team atmosphere.”

Bates felt that he had found that team atmosphere he had grown to love when playing football, baseball and hockey.

According to his head coach, Bates has had to adjust to the rules of college tennis.

“He has a little bit of an unorthodox style,” Weber said. “He likes to take balls really early, and he’s got a really goof serve … he likes to impose his game on his opponents by taking time away and coming forward when he gets the chance. ”

He continues to excel in his collegiate career in both tennis and school here at FGCU. Bates is a business major and is in the Honors Program at FGCU.