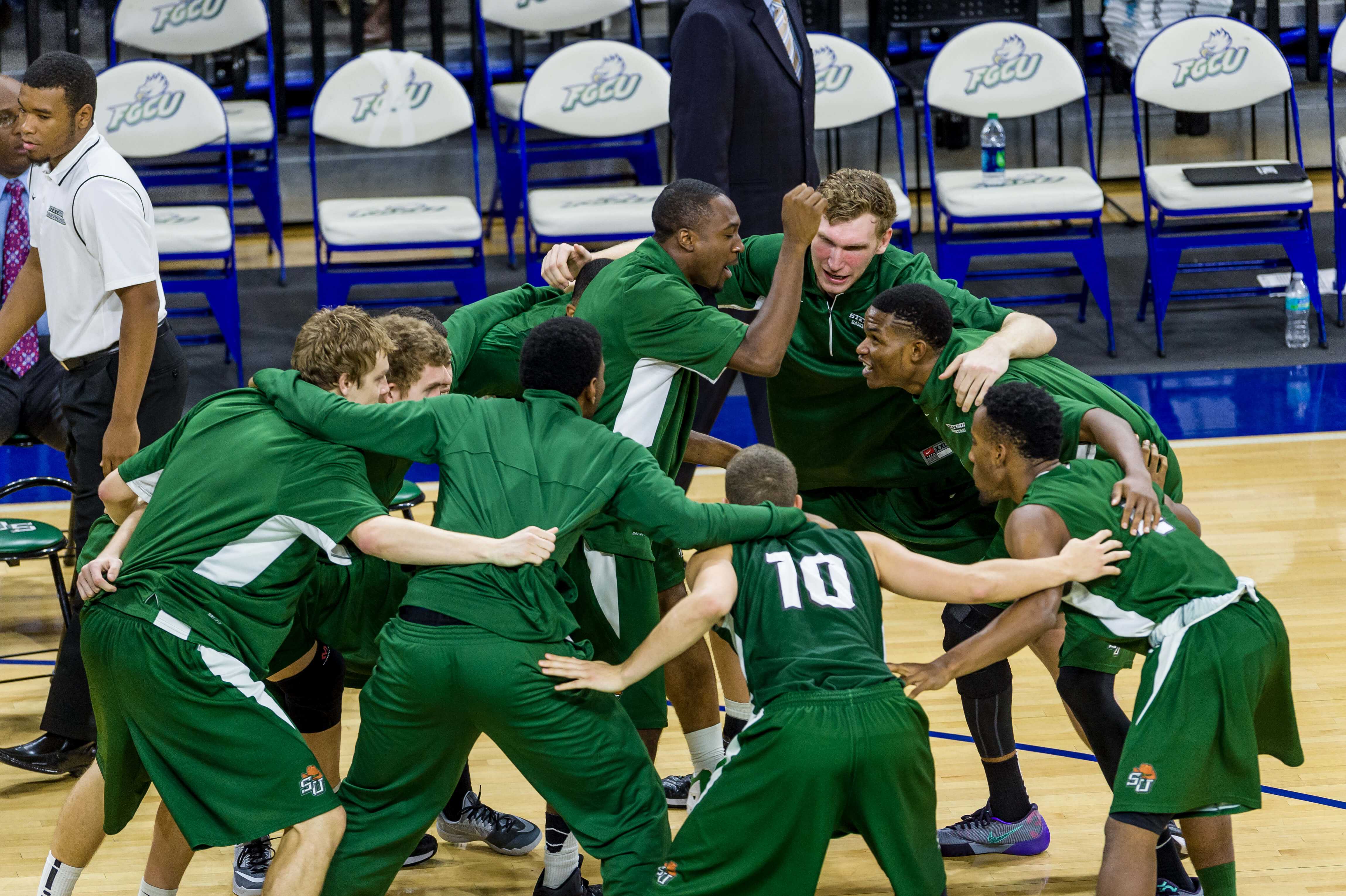 Earlier this year, the Stetson Hatters received national sanctions after missing the NCAA academic performance rating by 1 point. The sanctions include a ban from the 2016 NCAA Men’s Basketball Championship.

However, after a lengthy and detailed appeal process to the Atlantic Sun President’s’ Council, the league has announced that the A-Sun has lifted part of the sanctions.

The  Stetson men’s basketball program will now be allowed to take part on the 2016 A-Sun Basketball post-season play. In exchange, the program will see less conference revenue distribution for 2015-16, according to a recent A-Sun press release.

All of the remaining revenue distributed to the Stetson men’s basketball program will be directly invested in its new Leadership and Mentoring Program, designed to address student athlete retention issues.

The A-Sun council released a statement earlier this week.

“We deliberated with focus on Stetson’s academic standing and the state of its current program,” the council shared in reaching its decision. “Our balancing point was imposing a penalty to match the 2012 offense, especially when current student-athletes’ opportunity to compete is at stake. Our unified commitment to the academic success of our students is paramount and this led us to conclude this matter with a thoughtful, timely definition of Stetson’s upcoming season.”

The A-Sun President’s’ Council, however, does not have any control over the Hatters’ ineligibility for the NCAA Championship or National Invitation Tournament, both sanctions given to the program that will remain in place.

If the Hatters win the A-Sun Conference Tournament, the NCAA bid will be awarded to the regular-season champion.

Last year, the Hatters lost in their first game in the A-Sun Conference tournament.