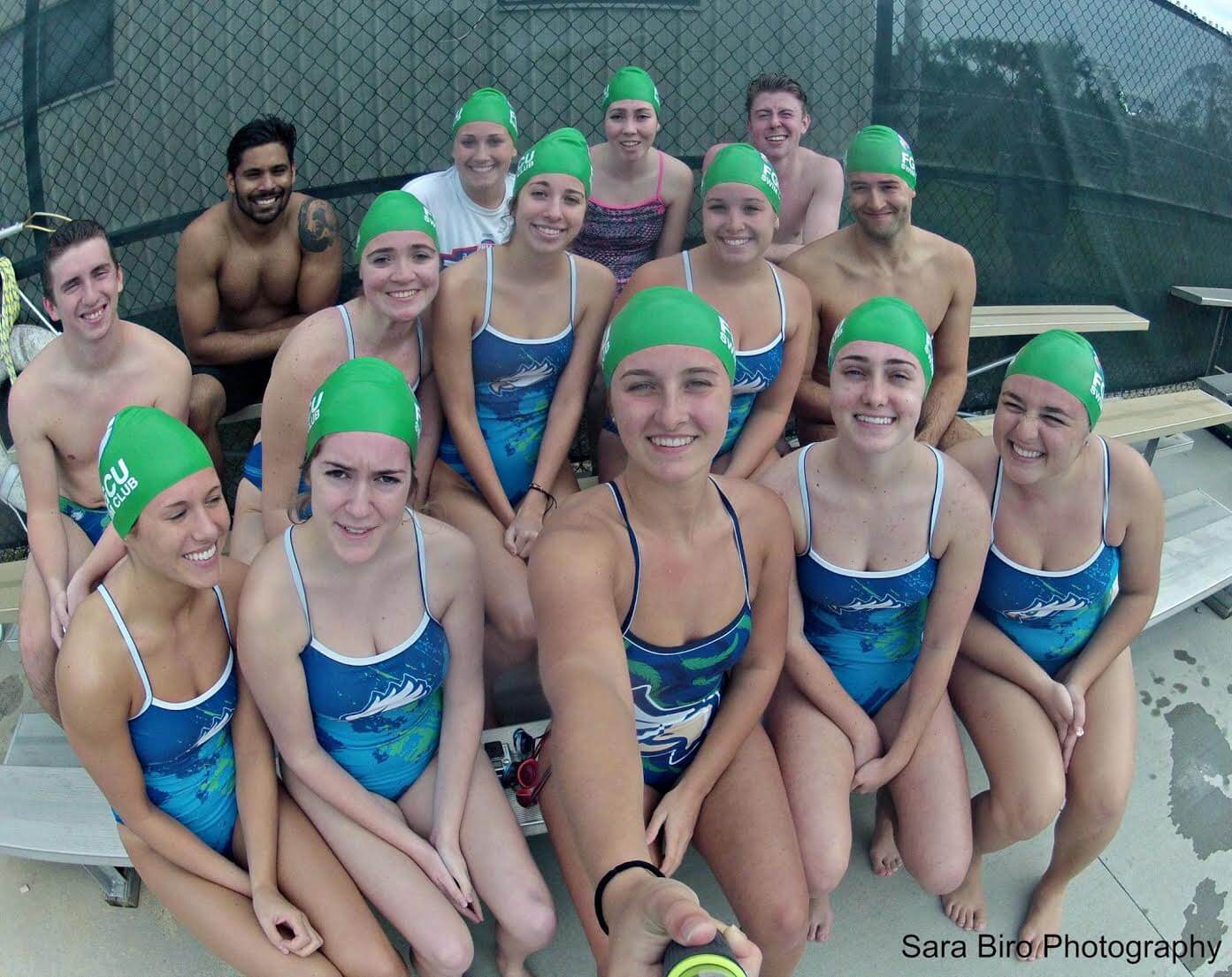 The swim club takes a selfie at the FGCU swim complex. (Photo special to Eagle News)

As a fairly new club, the FGCU swim club continues to dominate meet after meet. This domination has taken them to the national level to compete for a national title.

Traveling to Atlanta, Georgia to Georgia Tech, the team hopes to make its mark on the competition. However, this journey hasn’t been an easy one; with a sudden change in the rules, members of the club have had to qualify in meets throughout the season.

“This year is different than past years because now we have to qualify to be invited to nationals,” said Allison Abad, the president of the FGCU swim club. “Right now, we are taking eight people that all qualified in their individual event. We hope to take more, but it is dependent on how well people do.”

To prepare for nationals, the team put in extra work in order to prevail at the competition. But, without any real coaches, Abad took it upon herself to come up with practices for the team.

With her help and the skill level of the club members, the team continues to shine at every meet.

“We don’t have any coaches really, so I normally make up practices for the team,” Abad said.

Beyond the pool, the team also holds many fundraisers in order to supply the team with swim caps, discounted bathing suits or anything the members need.
With nationals right around the corner, the club has held an immense amount of fundraisers and has participated in many community service opportunities. These fundraisers not only fund the club and its trip to nationals but also are used to give back, as donations to places such as the Children’s Miracle Network Hospitals.

“We love fundraisers,” Abad said. “All of the money we raise goes toward the club to put into our off-campus account to supply caps, discounted suits or gas and food during away meets if someone needs extra cash. But, the school reimburses us if we need to spend it on food or gas.”

During away meets, FGCU provides the club with money for its meet entry fees, gas and hotel rooms.

The team expressed its appreciation for these away meets, explaining how much more it gets out of them. To the club, it’s worth more than any dollar amount.

“We have a lot of fun at meets,” Abad said. “We have the opportunity to compete against other schools from around the nation that have a swim club, and it’s fun to cheer for our team when we compete in big meets and have a lot of people from the team there.”

As the regular season begins to wind down, the journey to nationals continues.

This journey has required more work in and outside of the pool than ever before. With practice four days a week and regular fundraisers at Moe’s, PDQ and Culver’s, the swim club is sure to make a splash at nationals.