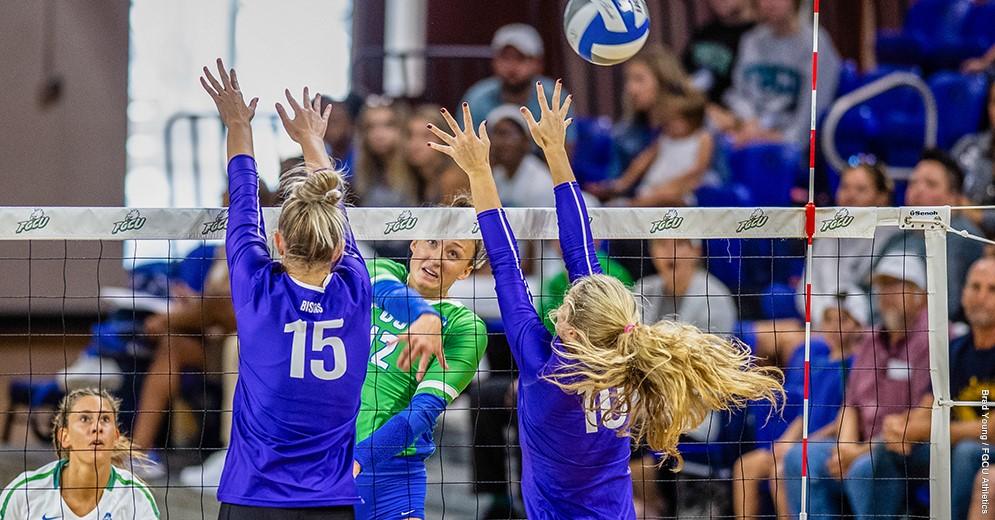 Cortney VanLiew racked up 22 kills to lead FGCU to a three-set victory over Lipscomb in Sunday’s match at Alico Arena.

VanLiew became just the fourth player in program history to reach the mark of 1,000 kills after her performance over the weekend. She also joins current player Amanda Carroll (1,424) on that list.

“Cortney is amazing,” FGCU head coach Matt Botsford said. “There’s a bunch of superlatives you could use, but outside of the obvious statistical things that she does that doesn’t show up is just what an amazing person she is. That’s part of her success. She’s hard-working, diligent and wants to get better.”

VanLiew’s 22 kills were the highest ever recorded in a three-set match against a conference opponent. She broke her previous record of 20, which she set on Sept. 22 of last season.

As a team, FGCU hit .366 throughout the match and racked up 44 kills over the course of three sets. Second to VanLiew’s 22 kills was Erin Shomaker with nine, continuing to show she can contribute to the team’s success.

Chelsea Lockey had another stellar performance as she had 35 assists, also adding five digs as well.

“I was really happy with our overall play,” Botsford said. “I thought we blocked really well. I thought the floor defense, the way it was connected to the block, I thought we were getting some success in opportunities in transition.

FGCU will be continuing their ASUN play on the road with matches against UNF on Friday, Oct at 7 p.m. and Stetson on Saturday at 6 p.m.