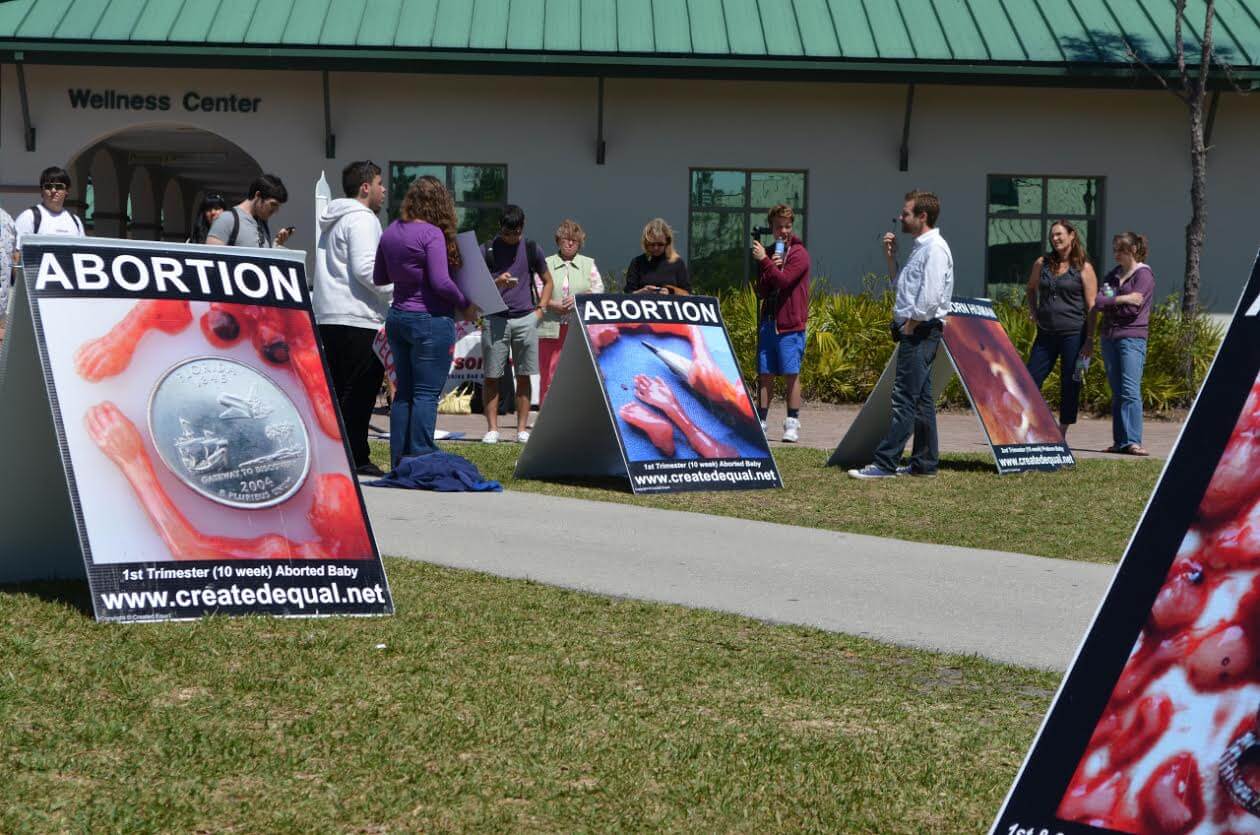 The Genocide Awareness Project, which visits college campuses each year and displays graphic photos of abortions, will not be coming to FGCU’s campus in 2016 because of a scheduling conflict.

Bill Calvin, who has been volunteering with the Center for Bio-Ethical Reform for 20 years and working with the GAP as a director for more than a decade, said GAP has already spent two days each at the University of North Florida and University of Central Florida. The group plans to visit Florida Atlantic University and Florida International University the week of Feb. 15 but will not visit FGCU in 2016.

“This year, whoever was scheduling was unable to get the days we wanted,” Calvin said.

Some students, such as FGCU senior and Planned Parenthood volunteer Ana Rodriguez, are glad the group will not come to campus.

“The thing is, you can have the stance that you have, which is anti-abortion, and that’s okay,” Rodriguez said. “But, they are so aggressive to the point where even people on campus that are pro-life or don’t have a stance don’t like them.”

Rodriguez said the last time GAP visited FGCU, in 2014, they had graphic images of abortions displayed on the library lawn that were so large, students could see them from the bus loop.

“They put off a lot of people,” Rodriguez said.

“Some people are sad, because they’ve already had an experience with abortion,” Calvin said. “Sometimes, they’re angry because it’s human nature to defend their actions.”

Calvin said that in his experience at FGCU, students were open to GAP.

“It was a professor who came over and had a dialogue with us,” Calvin said, “not the students.”

The GAP has been visiting college campuses since 1998. During its past visits to FGCU, the group has displayed abortion images on the library lawn and offered students brochures about post-abortion counseling and local crisis pregnancy centers.

“It’s a way to reach young men and women who are making these decisions,” Calvin said. “They’re not going to learn about it from their professors.”

Calvin said that the group has changed the minds of some students about having an abortion, including some at the University of Tennessee.

“After we visited Knoxville, 28 women came into the pregnancy crisis center in the month after we visited,” Calvin said. “Eight said they were still pro-choice but said, ‘I could never do that.’”