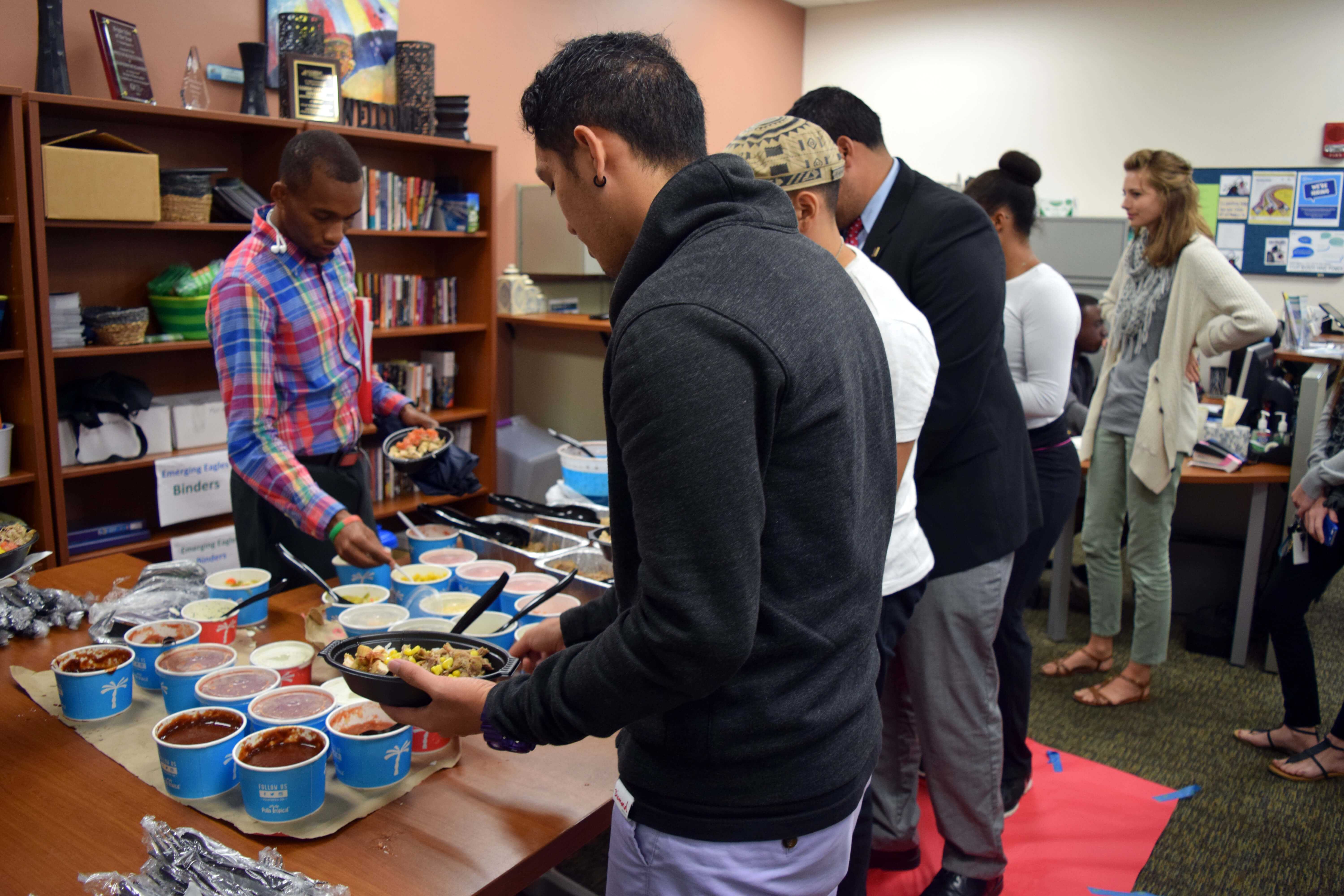 Hispanic food was provided for the guests of the event. (EN Photo/Rachel Iacovone)

Ishbel Correa, student assistant for the MLD office and a senior at FGCU, said this year’s Culture Shock consisted of panelists talking about their experience moving to America from Latin American countries.

“This year we added a luncheon in order for audience members to be able to have more one-on-one conversations with the panelists,” Correa said.

The goal of this event was to bring cultural awareness to some of the struggles that Latinos have to overcome when moving to America. During the event, panelists were asked questions that focused on differences in culture between their cultures and the United States, so audience members are able to learn more about different cultures and traditions.

All students and faculty were welcome at the event since it was funded by Student Government. The event started with the showing of a video of students and faculty that expressed what it means to be Latino to them. When the video concluded, Correa introduced herself and the panel of speakers.

They each stated when they first moved to America and what country they moved from. The speakers were then asked about what it meant to them to be Latino/Latina. Family, food and opportunity were just a few of the words being repeated by the panelists. They also spoke about learning the English language and their difficulties.

Castillo mentioned she had been “bullied for not knowing English” when she first arrived. She had not felt the desire to learn the language given the fact that she did not want to come to America at first.

Aside from coming to this country without knowing the language very well, Rodriguez, came here with nothing.

“No bed. I didn’t have five pairs of shoes. I only had one,” Rodriguez said.
“From time to time, I like to remember how little I started off with and think, ‘I started from the bottom. Look where I am now,’” Rodriguez said.

Planas later spoke about moving from Cuba and how the people there “live like slaves” because of the lack of freedom. He spoke highly of the American government and wants everyone to “embrace freedom and democracy” in the U.S.

As each panelist was speaking of their struggles and triumphs, laughter from the speakers and audience members filled the room from time to time when differences between holiday celebrations or foods were mentioned.

Toward the end of the event, everyone was dismissed to get his or her own bowl of food provided by the MLD office. Different meats, sauces, rice and black beans were laid out on a table for the attendees to enjoy.

Culture Shock is one of the ways FGCU celebrates Hispanic Heritage Month. In the past, there have been week-long celebrations or events happening once a week in honor of the month.