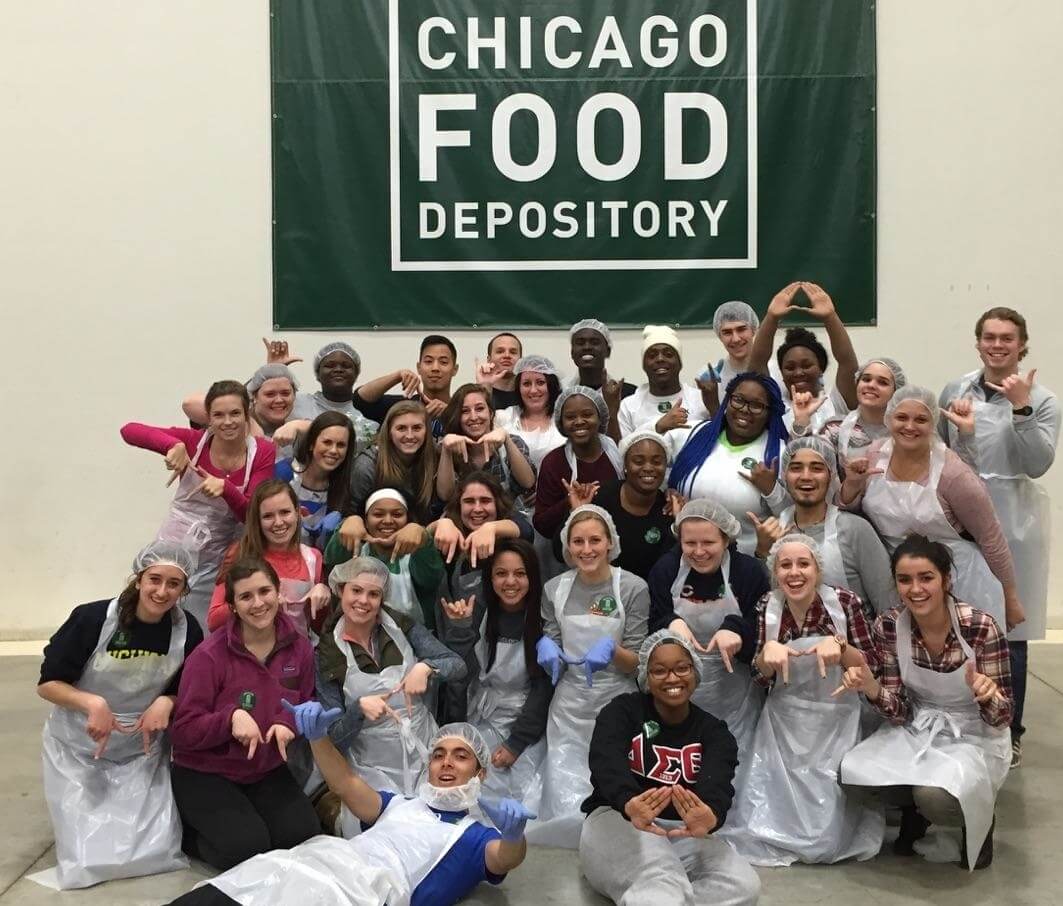 New York, New Orleans, Chicago. These are just some of the big cities that Alternative Break has taken students to during its winter and spring vacations.

This year,  students once again have the opportunity to score a free trip.

AB is an opportunity for all students to travel to areas they otherwise wouldn’t have while also doing service to help the community.

The program has been known to visit areas like New York City, but has also worked in smaller areas like the Bronx and Harlem where they focus on social issues like LGBT, social justice, community health, hunger and more.

“We don’t send anyone to hostile areas but what I do mention to them is that a lot of the times that we go on these service trips, we will be working with at-risk youth and vulnerable populations,” said Evelyn Philistin, SG director of Civic Engagement.

AB strives to focus on a new social topic during each break, and real-world hot button issues often come into play. Such is the case when students with AB met Eric Garner’s father in New York.

“We were working at service site, and we ended up working with Eric Garner’s father which was really neat. We had no idea who he was and he obviously didn’t walk around with a shirt that said I’m Garner’s father, but we took a picture with him and started talking,”  Philistin said. “While we were talking, he mentioned that where we were volunteering was actually a few blocks away from where the whole incident happened so it was interesting hearing his perspective.”

She explains that students tried to be respectful of Garner’s loss, but were also curious about how he felt and what he thought of the way the world was, and how things have changed since.

Meeting people who are part of a larger story has helped AB branch out and network so that students can also have the chance to attend events where worldly topics are discussed.

This year, AB hopes to focus on some of Florida’s biggest issues: homeless-ness, hunger, human trafficking, privilege and diversity.

“Our programs in the past, touched on everything on a service level but this year, I really wanted to get into what privilege and social justice are,” Philistin said.

For that reason, some of the places they’re looking into are Orlando and Miami.

“One of the things I’d like to do in Orlando is talk about the LGBT community and even possibly visit the Pulse club so we can have that conversation because I think that’s something that is lacking,” said Philistin. “I think that when people talk about discrimination, people always go to race, but I think they forget about the religious, sexual orientation, aspects of it.”

Philistin mentioned that one of the reasons that she wanted the program to stay in Florida this year is because of people’s perspectives when it comes to crime, poverty and misfortune.

“They don’t realize that right here in our own city we are high on crime  and human trafficking. When you tell people that Florida is one of the highest, they look at you in shock,” Philistin said.

Because of this, AB strives to change how people feel about world issues and inform them about their community by pulling the big conversations and relating it to small town problems.

Students involved in the program can expect to get a real look at the levels of poverty and oppression in different areas through a six-hour day of service which later allows time for students to go and explore cities and attend educational services as well as open discussions.

“We want people to explore and learn about the cities they go to. When we went to New York, we went to the 9/11 site. When we went to Chicago, we visited The Bean. We do go out and see things, but we always remind them that it is more service based,” Philistin said.

Philistin said that while students are free to explore, there are certain rules in place for safety purposes. Students are not allowed to do things like go to clubs at late hours at night. They must travel in pairs and she mentioned that the program is alcohol and drug free.

Staff leaders who are part of administration at FGCU are also in place to deal with things like crisis management and safety to protect students when traveling which touches on one of their principles – being comfortable with the uncomfortable.

Taking a concept from FIU, Philistin said that they focus on “simple living” which means that students can expect to stay in hostels and churches instead of hotels, and eat home cooked meals rather than restaurant food.

This is so that students can understand how others live, and start the discussion about social topics like privilege and poverty.

The program is structured in a way to offer the most service learning to students while also giving them the opportunity to see the world from a different perspective.

By attending this program, she hopes that students will change their mind sets and foster the heart of others.

“People want to cure cancer, but they don’t realize that doing service and helping the community is a way to make an impact that will last forever,” Philistin said. “But you can do so much just by saying hi and lending a helping hand.”

Though the informational meeting has passed, Philistin is open to answering any additional questions in preparation for other service learning opportunities and trips. Email SGEngage@fgcu.edu for more information.