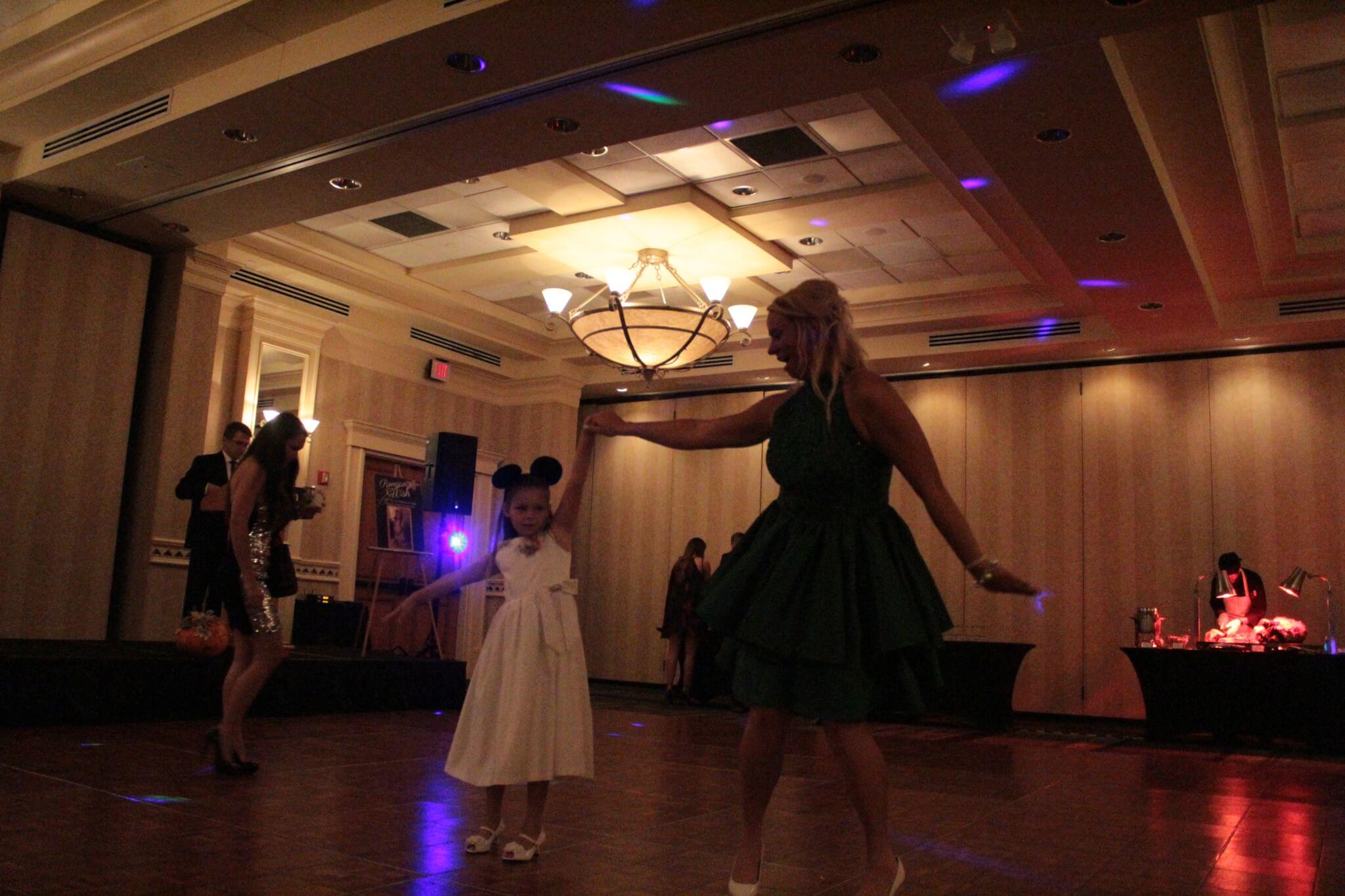 At the Hilton Naples hotel, the Royal Palm Ballroom is filled with joy and laughter coming from Reagan Conroy, who spends her night flaunting a mickey mouse hat and taking to the dance floor to teach guests how to do dances like the NeNe, all in celebration of a wish that the members of Phi Alpha Delta at the Ave Maria school of law are working to make come true.

Conroy, 8, is a little girl living with common variable immunodeficiency (CVID), an immune disorder that’s generalized by low counts of antibodies that help fight off illnesses. CVID alters her ability to fight off simple illnesses like the common cold – an illness that would have healthy individuals ill for a couple of days, but hospitalizes Reagan.

According to her father, Doug Conroy, Reagan has been sick for the last three years and, at first, no one could tell the family what was wrong with her.

Despite this, Reagan was never one to let her condition get the best of her. The eight-year-old tomboy participated in skating, cheerleading and even performed on the popular app Musical.ly, but was never too concerned with her health.

“She was always worrying about her brother. She would say ‘don’t worry about me, it’s my job to protect you.’” Doug Conroy said about Reagan’s twin brother who has both an immune deficiency and autism.

It wasn’t until the family was contacted by the South Florida Make A Wish Foundation, that Reagan was able to focus a little bit more on herself.

“When we found out about it, I went to her and asked her ‘If you could have something, anything, what would it be’ and she goes ‘Well, I do need some new sheets.’” Doug Conroy said with a laugh. “I had to tell her to think bigger.”

Reagan did, and after hours of doing her own research, she decided that if she could have or do anything, it would be spending a few days and nights on a Disney cruise, and when Phi Alpha Delta partnered with the Make A Wish foundation, they decided to make that dream a reality.

By hosting a Fall Ball to honor Reagan, the members of Phi Alpha Delta  have been pushing to raise enough money to send Conroy and her family on the Disney cruise of her dreams.

There were more than 60 people that attended, and the event included a silent auction with spa packages and make up sessions by YouTube star Rutele. There was also plenty of food and drinks to go around, as well as a photo booth were guests and Conroy could make memories that would last forever.

For guests like Christine Talaba, the justice of Phi Alpha Delta and a mother of an eight-year-old boy, she said that seeing Conroy enjoy herself at the Fall Ball made her empathize with what the family was going through, but also helped her understand and take pride in what the organization has done to help.

“It’s a result of hard work to see the girl who we’re doing this for be so happy and having a good time. It just fills my heart with joy and purpose,” Talaba said.

According to Talaba, having Conroy at the party helped donators reach into their pockets to help someone in need.

“For me, to put a smiling face of a little girl to something like this is priceless. It makes all the late nights really pay off,” Talaba said. “I can’t imagine what it’s like to have a child that has a disease in any capacity, and it really put me in their shoes.”

Currently, the Phi Alpha Delta fraternity has raised $1,700 on the GoFundMe page created for Reagan, but they still need $9,000 more to make their goal.

Eagles that would like to donate to Reagan’s Wish, can do so on her GoFundMe page: https://www.gofundme.com/reaganswish