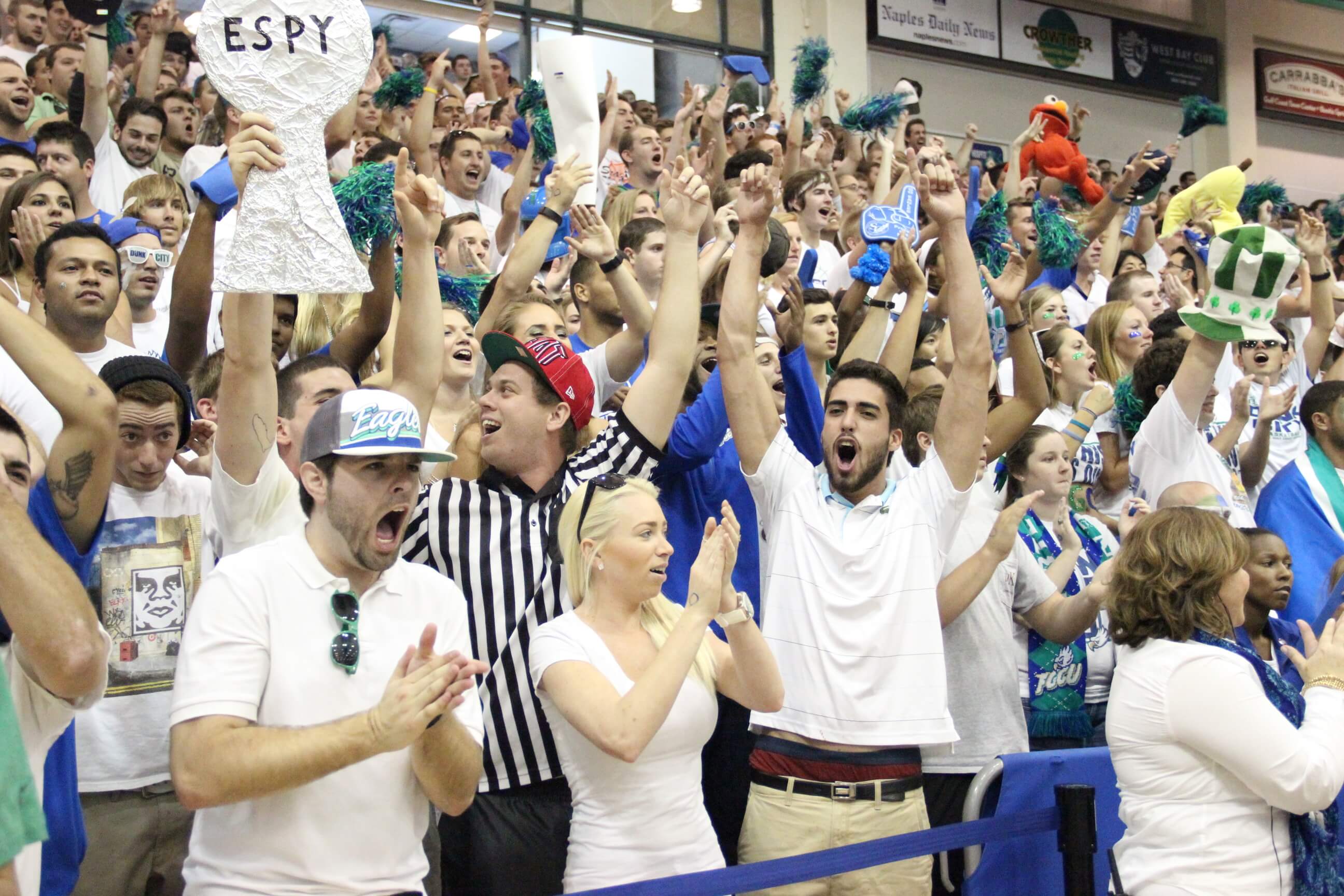 An influx of blue and green merchandise has been displayed in our bookstore, and our Facebook feeds seem to be flooded with basketball related posts and articles. Students all over campus can be seen wearing their best green attire today, and it’s not just for the holiday.

Our men’s basketball team will be playing a huge game tonight against No. 1 seed University of North Carolina in the NCAA tournament. To say that the atmosphere at FGCU is exciting would be a huge understatement.

Conversations among students surround whether they will attend their night classes and where they will be watching the game when they inevitably end up skipping those classes ­­— sorry, professors.

There are feelings of nostalgia for those seniors reminiscing on their first year when they witnessed the birth of “Dunk City,” and they are hoping to see this team make it further than the Sweet Sixteen this go around.

“It’s so exciting because I remember the first time around it brought the campus together with so much school spirit, and I feel like that’s happening again,” said Katie Reed, a senior communication major. “Our run in the Sweet Sixteen still has such an impact on our school. I remember watching back freshman year, and I’m excited to watch again tonight.”

Even students who weren’t lucky enough to be here during the “Dunk City” era are keeping up with the games and are anxiously waiting for tonight’s big matchup.

“I’m really excited for it because I wasn’t here the last time they qualified, so I’m excited to actually be a part of the school during this time of year,” said Cassidy Howell, a junior psychology major. “The atmosphere has definitely changed since our win earlier this week. Everyone’s talking about it; even my roommate, who isn’t really into sports, is keeping up with the games.”

It may be a tough matchup, but that won’t stop loyal Eagles from believing in our team. Students have filled out their brackets and even have placed bets on tonight’s game.

“So, I’m putting down 60 dollars between me and my big brother in my fraternity, and if we win, we are getting 2,400 dollars, I think that explains how confident I am in our team,” said Miles Perez, a junior communication major. “The atmosphere on campus has been a little nervous and tense. But, I’ve talked to some of the players on the team, and they seem confident in players being able to step up. So, we’ll see.”

However, for every strong believer in a positive outcome for tonight’s game, there are students that are nervous about getting their hopes up too early, especially when considering players such as Michael Jordan have come from UNC.

“I’m really excited for tonight,” said Abby Lohmann, a junior forensic science major. “I know our chances are slim, but I’m hoping maybe we can pull off a miracle. The whole campus is really pumped and excited to watch the game.”

Whether you have high hopes or you are a little nervous for tonight’s game against UNC, it is a unique time to be a part of FGCU’s campus while our men’s basketball team proves that Dunk City is not just a one hit wonder. We are the Dirty Birds; we have our wings up, and our voices are cheering loud. Our team is headed into the NCAA tournament for the second time, and you can bet that it won’t be our last.