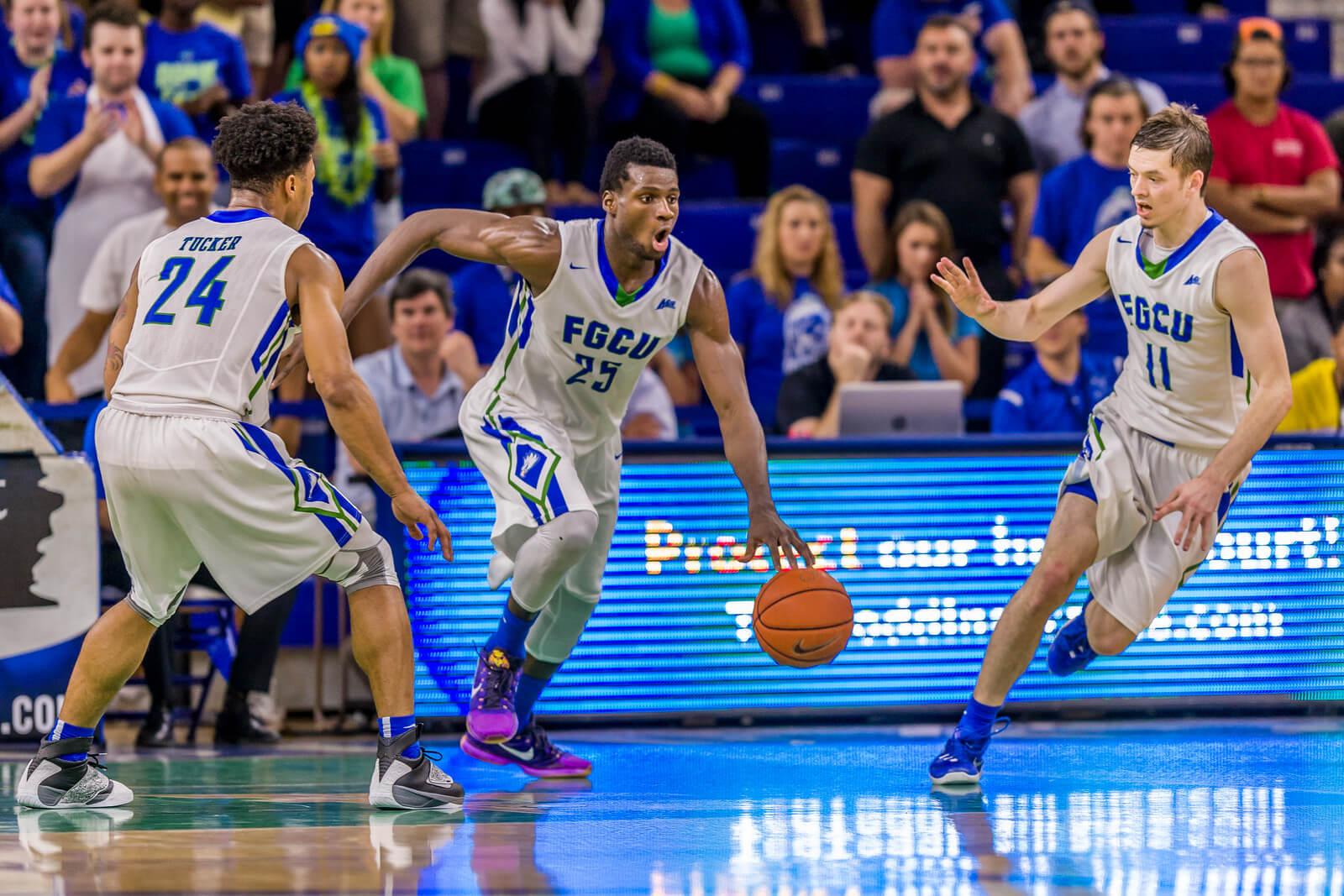 In the season opener against the Florida Gators, the FGCU men’s basketball team fell 80-59.

The Eagles maintained a 2nd-half lead on the Gators, but UF eventually turned on the heat in the closing minutes, defeating the Eagles.

Redshirt junior, Brandon Goodwin led the Eagles with 14 points on 6-12 shooting, while sophomore Rayjon Tucker reached double-figure scoring for the 9th time in his career with 10 points on 4-6 from the field.

“It was basically the same game as last year,” said FGCU head coach Joe Dooley. “They did a really good job of turning up the pressure after the 16-minute mark, but when we have 19 turnovers and have nine shots blocked that’s a pretty good indicator that we needed to have better decision making and shot selection.”

FGCU was missing a key player as Marc-Eddy Norelia sat due to his broken left (shooting) hand and his status remains unclear, as he has not yet been medically cleared.

Once tied, the Gators put full-court pressure, speeding up the Eagles play. FGCU was only able to connect on two shots the rest of the game and turned the ball over nine times in the last minutes of the game.

RaySean Scott Jr. finished with five points and four rebounds and became the first true freshman to start an FGCU season opener since 2011.

Next, the Eagles turn to their home opener on Wednesday, Nov. 16 at 7 p.m. against UT Arlington.