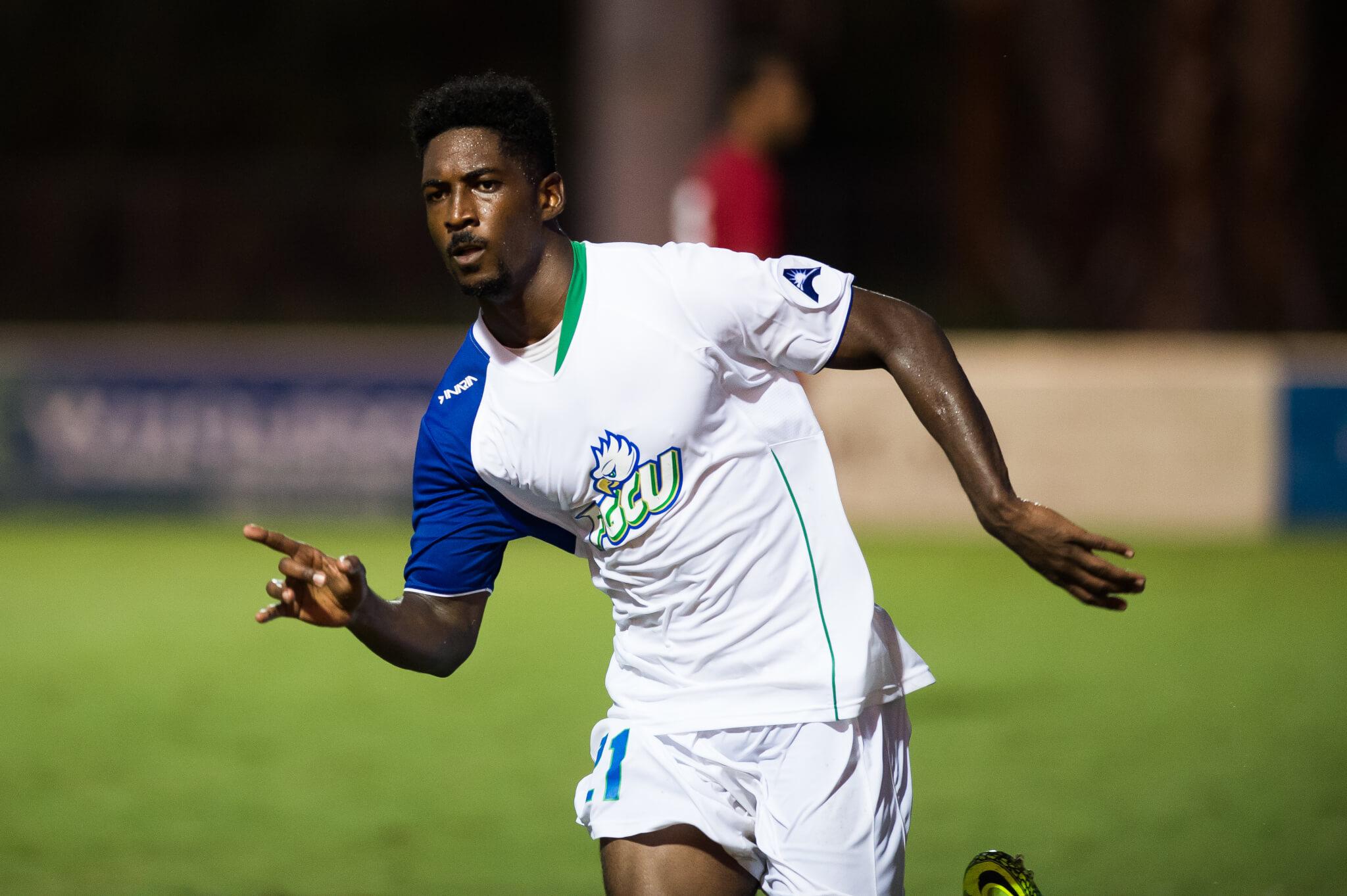 Back and better than ever, redshirt sophomore, Arion Sobers-Assue, proves an injury is nothing but a time for growth.

Playing the best soccer of his career, Sobers-Assue is a force the nation should be forced to reckoned with.

Last week, the awards came flooding in for Sobers-Assue as he performed at a nationally recognized level.

He was named A-Sun Player of the Week, which is only the third time any player has been named this in program history.

“It’s nice to have people talking about my game,” Sobers-Assue said. “I used to sit in my room and be down on myself because I couldn’t play, so I’ve waited like a year and a half for moments like this.”

Sobers-Assue ranks second in the A-Sun this year in goals (six) and points (13), behind only teammate Ruiz with eight and 19.

Sobers-Assue’s six goals are already tied for sixth place in program single-season history and his 13 points are tied for 10th.

However, before achieving his four-goal week and recording the program’s third ever hat trick, nothing was going Sobers-Assue’s way.

With a season-ending knee injury mid-way through his freshman year and a re-tear two days before preseason of his sophomore year, it felt like nothing was going right for Sobers-Assue, until this year’s recent success.

“I got a little over half way through my freshman season when I tore my meniscus in my left knee and I was out for like seven months. Then, I was coming back and about two days before preseason I tore it again, so I was out for another seven months, making it like a year and a half total that I was out not playing college soccer,” Sobers-Assue said.

Through rehab, Sobers-Assue was able to come back stronger than ever, but had to learn new tricks in order to remain healthy for his remaining three years of eligible play.

Even though this injury took Sobers-Assue out of play for nearly a year and a half, he has come back a better, more mature and aware player. Coaches are telling the young player to take better care of his body and to do more stretching, or even pick up yoga.

“Going through all of that made me stronger, especially as a freshman coming into a new program and trying to make an impact. It was hard for me to adjust to the college soccer game, but when I got hurt, I started to learn more and gain more experience about things I should do on the field,” Sobers-Assue said.

Through all of this, Sobers-Assue was never alone.

With the help of coaches, health professionals and his teammates, Sobers-Assue was able to look to his teammates for guidance, especially one in particular – Albert Ruiz.

Coming into freshman year together, these two have grown to be two of the team’s leaders offensively.

“We came into freshmen year together and we both struggled at the beginning; we couldn’t really score, nothing was falling for both of us,” Sobers-Assue said.  “I definitely look to him for support, every time I’m on the field, I want to catch him. We’re teammates but we also compete with each other to see who can help the team the most.”

Sobers-Assue has definitely come a long way from freshman year and has proven that nothing will stop the growth of his play and the No. 15 nationally-ranked team.

“I’ve wanted for moments where I knew I was capable of doing big things, but just didn’t know when the time was going to come,” Sobers-Assue said.  “Now, I get to show people how I really play and how good I really am.”