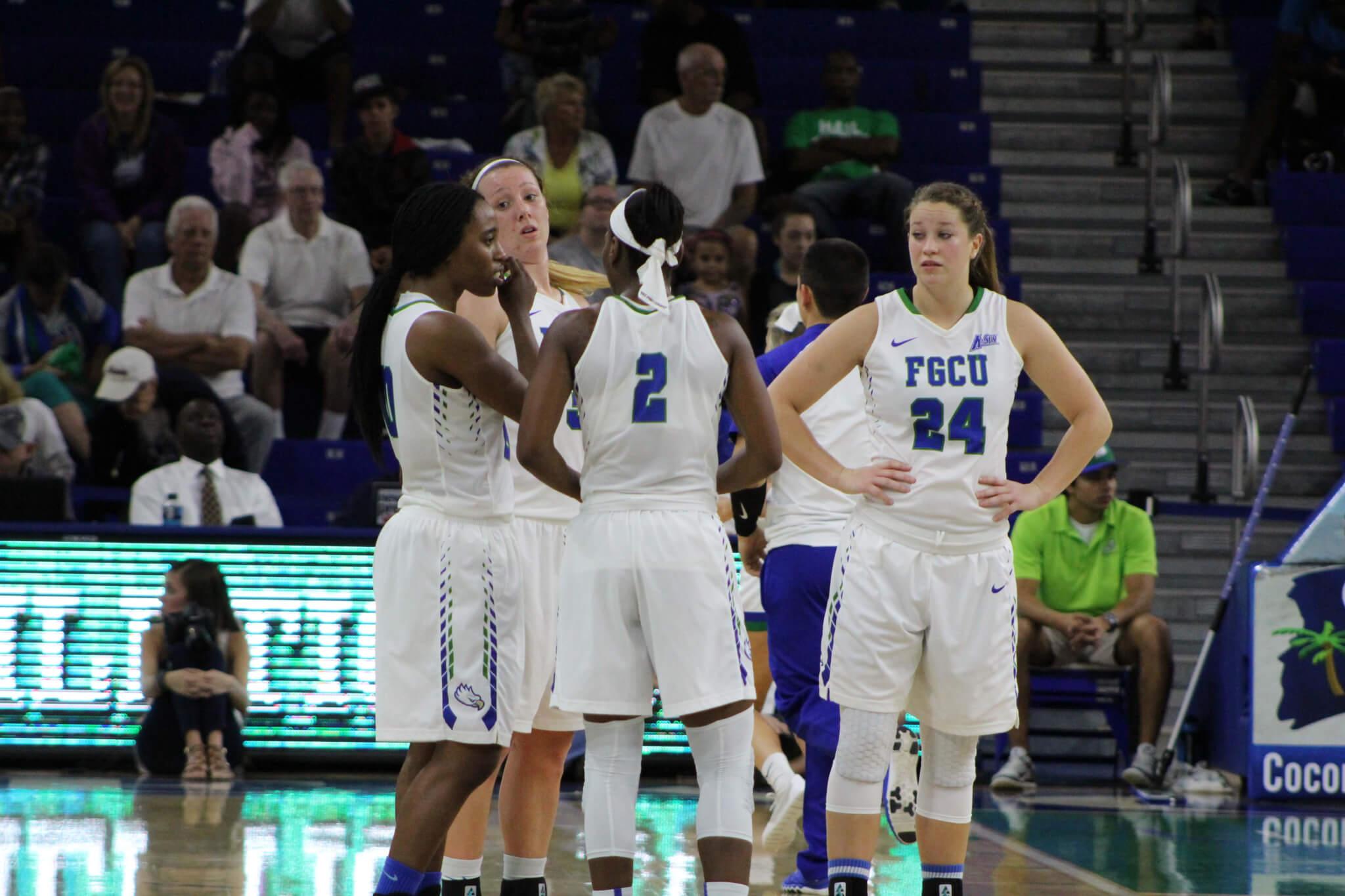 In game one of an FGCU basketball double-header, The FGCU women’s basketball team rode a hot second-half performance from Kaneisha Atwater to earn its seventh consecutive victory against USC Upstate 54-43.

Atwater, who scored 10 of her 15 points in the second half, tallied four rebounds and dished out two assist to lead all scorers.

DyTiesha Dunson put together an all-around great game for FGCU, falling three points and three assist shy of a triple-double and finishing the night with seven points, seven assist and ten rebounds.

Despite battling foul trouble, Taylor Gradinjan shot the ball very well for the Eagles, scoring 12 points on 5-7 shooting from the field, including a pair of threes to go along with her six rebounds.

It was an unproductive night from the field for Whitney Knight, the reigning Atlantic Sun Conference Player of the Year. Knight shot a low record of 2-12 from behind the arc and 5-19 from the field. Besides few shots, Knight was still able to contribute to the Eagles winning effort with 12 points, nine rebounds and five assists.

A slow start offensively for the Eagles found them down two to the Spartans, 16-14 after one quarter of play.

It was a back-and-forth affair for both teams, as they traded buckets and traded leads, but the Spartans used their 26-19 advantage on the boards to lead FGCU at the half 29-26.

FGCU came out much stronger in the third quarter where they held Upstate to seven points and were able to get it going offensively, scoring 17 points in the quarter. Going into the last quarter of play, the Eagles were up 43-36.

It was a sluggish shooting quarter offensively for both sides, but strong play on the defensive side and a continued strong second-half performance from Atwater allowed the Eagles to win the game over Upstate 54-43.