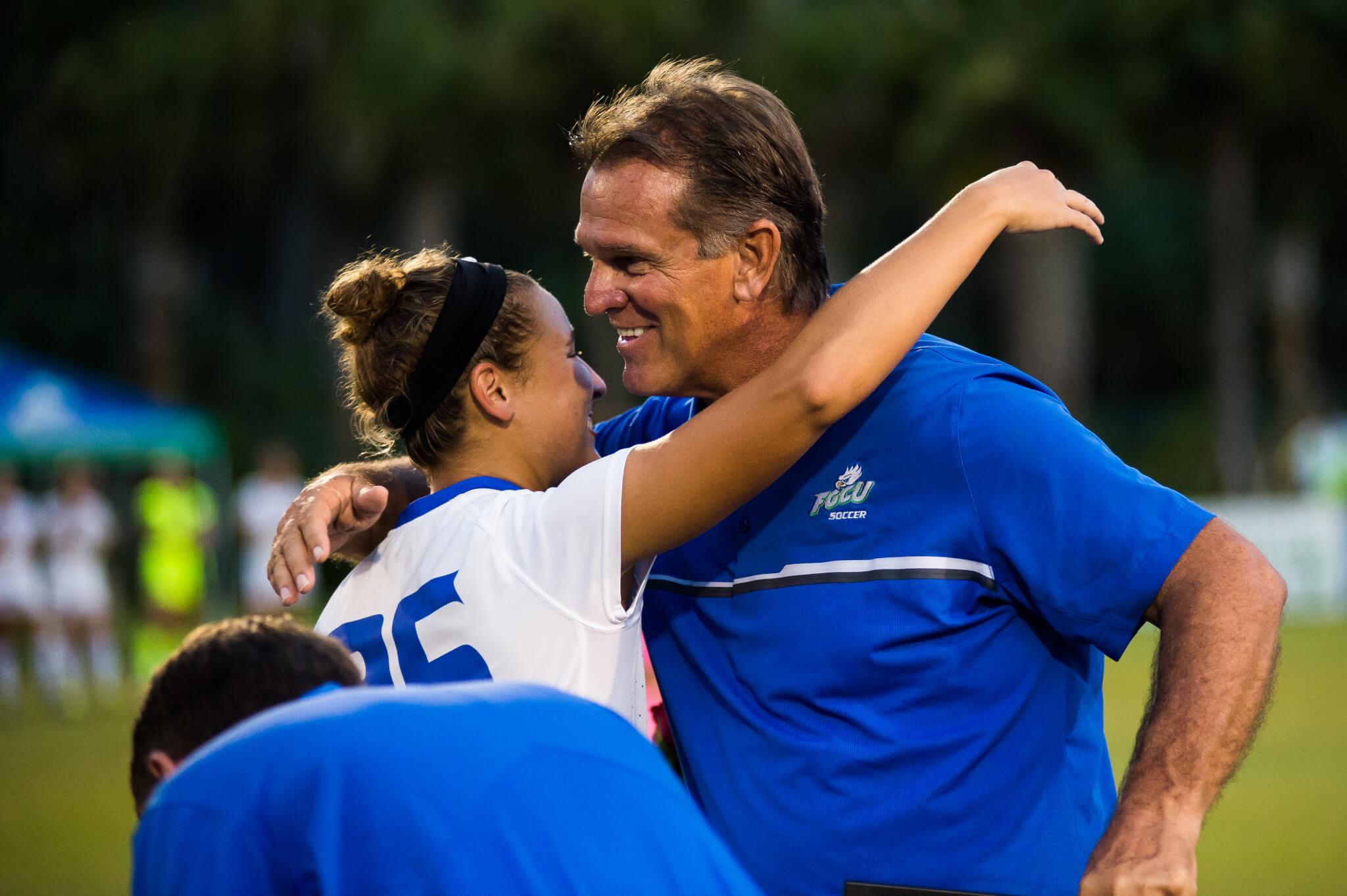 After defeating Jacksonville on Sunday to move within two points of Stetson for the first-place seed in Atlantic Sun Conference play, the FGCU women’s soccer team defeated Stetson 2- to move to the top of the table.

Lindsey Patton’s first career goal and Paulina Speckmaier’s third goal of the season propelled the Eagles to victory, saving the Eagles’ hopes to win their seventh consecutive A-Sun regular season title in their final home game of the regular season

“Our guys knew what was at stake,” head coach Jim Blankenship said. “If we didn’t win this, then we’re on the road (for the conference tournament). These were two very good teams and you can see why they were in first place. I thought our guys played extremely well and created some phenomenal opportunities.”

FGCU came out pressuring the Hatters early, but goalkeeper Emily Plotz was up to FGCU’s challenge, denying two-time Atlantic Sun player of the year Tabby Tindell of a goal multiple times en route to snatching four saves in the first half.

The Eagles found the breakthrough goal despite Plotz’s early heroics, finding the back of the net off the head of Patton from Meaghan Mulligan’s corner to put FGCU up 1-0 going into the end of the half.

Continuing to maintain possession in the attacking third of the pitch, Plotz was again up to the task, keeping out multiple efforts from Ali Rodgers.

In the 73rd minute, Speckmaier scored a crucial goal for the Eagles, volleying home a cross from Emilie Olsen that turned out to be the game-winner, as Florenci Baldassini scored a goal for Stetson with six seconds remaining in the match.

The Eagles will now travel to Jacksonville to face UNF on Saturday, Oct. 22, where a win can give FGCU home-field advantage as the host school for the A-Sun Women’s Soccer Championship as well as its seventh consecutive A-Sun regular-season title.