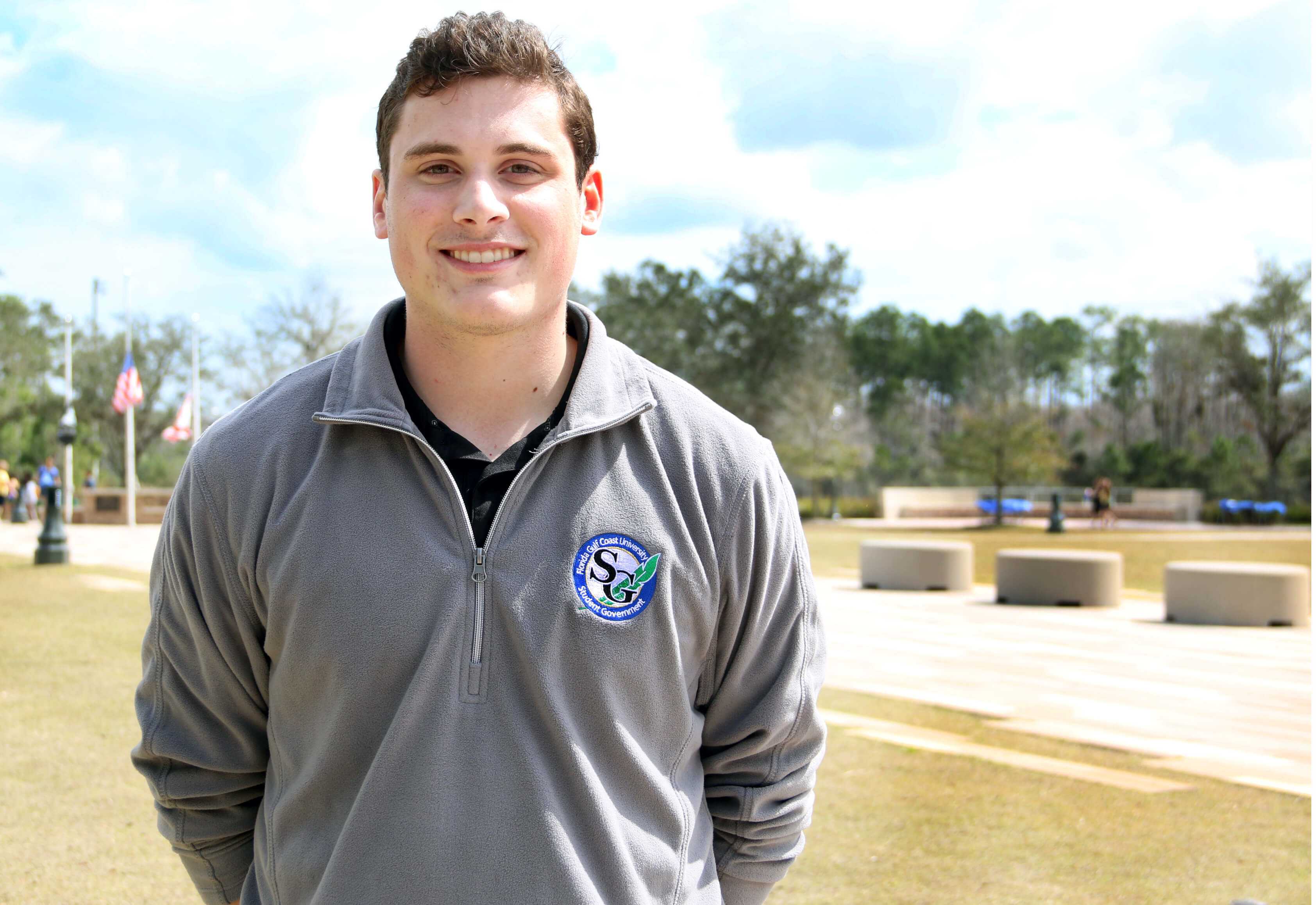 Eagles, get ready to decide who will be your next leader. Contrary to last year’s elections where Thieldens Elneus ran unopposed; this year, two candidates will be competing against each other for the executive power.

The Student Government Elections Committee released the official candidate list for the 2016-17 elections.

The presidential candidates are Thieldens Elneus, the 2015-16 SG president, and Jack Emmer, the 2015-16 SG university relations chair. Emmer will be leading the FGCU United party, and Elneus will lead the The Nest party.

Ian Knight, the supervisor of elections, said 69 candidates have been cleared to run in total for Senate and Executive positions.

The SG Elections Committee evaluated all prospective candidates from Feb. 8, when the applications were due, until Feb. 12 to make sure all applicants met the candidacy requirements.

The requirements to apply were to be in good academic and disciplinary standing, having at least a 2.5 GPA for undergraduate students or a 3.0 for graduate students and be a degree-seeking full-time student.

“Based on the packets, the requirements were clear,” Knight said. “I am extremely positive in how the elections will go.”

The Elections Committee held a mandatory candidate meeting Monday, Feb. 15. Due to the fact that some candidates were unavailable on that date, a second meeting was scheduled for Tuesday, Feb. 16. During the meeting Knight went over the dos and don’ts of the election process.

“Please don’t try to interpret (the Election Code) other than what you have in front of you,” said Knight during the Monday meeting.

Other details were also shared with the candidates during the meeting such as #fgcu_vote, which the committee has designated to spread elections through social media.

One of the main rules Knight outlined at the meetings is that no pre-established social media accounts may be used to market campaigning initiatives. This is why the Elections Committee is trying to get the Instagram account @weareFGCU during the campaigning and voting periods.

If any individual or party breaks any of the rules, the Elections Committee will issue a verbal sanction. If the misconduct is persistent, the verbal sanction will be followed by a written sanction, followed by campaigning time taken away, which will ultimately lead to disqualification of the entire party or just an individual.

On Monday, Knight said he encourages all candidates to act in a way that will allow them to think back and say “regardless of what happened, I had a good time in this process.”

“Talk about why you’re the best candidate, not why the other candidate is not,” said Julie Gleason, the SG adviser, during the meeting to the candidates.

Since this year is the first time SG will hold online elections, Knight said there wasn’t a specific list of what counted as a penalty. Instead, all ethics of elections were to be taken into consideration.

“Essentially you want to have integrity,” Gleason said at the Monday meeting. “You don’t want to stand over someone’s shoulder telling them how to vote. That’s the best that we can tell you.”

The Elections Committee will give out the financial forms and the designated campaigning locations at noon Thursday, Feb. 18 in Cohen Center 247 to a representative of each party and the independent candidates. Candidates are not allowed to campaign in class or any SG meeting.

“Basically you shouldn’t disrupt the business of the university because you’re trying to sell yourself,” Gleason said during the meeting while addressing the candidates. “It’s not appropriate.”

Knight also said the incentives to vote were changed this year. Not only will “get out of a parking ticket free” cards be available, but also products from the FGCU bookstore. The committee has designated each of the three days with a specific category of incentives. The parking-ticket-free cards will be available all days.

“Not all students have a car on campus, so we wanted to change that,” Knight said.

Each day at 5 p.m. the elections committee will go through a list of the people who voted that day and choose names randomly.

The debate will take place Feb. 25 in Edwards Hall 112, and it will be hosted by Sabrina Maday, the volunteer coordinator for the Elections Committee. Knight said the debate will be different this year.

“The first half will be a prelude to the election season,” Knight said. “Then, the second half will be the debate.”

The Estero High School color guard will sing the national anthem. Knight said the committee is also trying to get President Bradshaw to attend and Dean of Students Michelle Yovanovich to speak at the event.

“We’re trying to redo the face of the debate to make it more presidential,” Knight said.

The student body will be able to pitch questions for the debate by replying to an email that the committee will send beforehand.