Men’s tennis: the boys are back in town 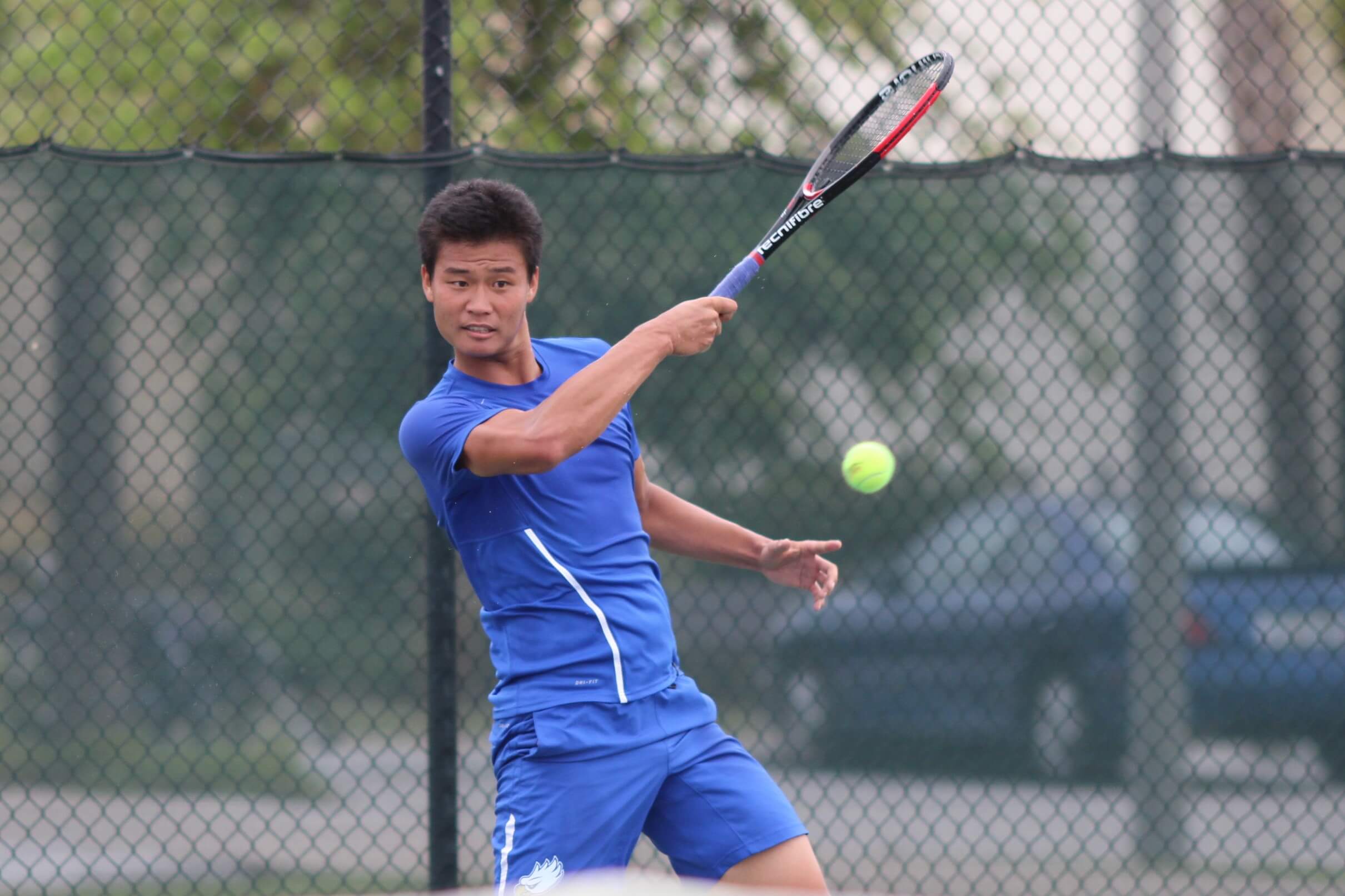 The Florida Gulf Coast University men’s tennis team started practice this week to prepare for the fall season. After losing three seniors, the team has added five new players that head coach CJ Weber thinks will be positive additions to the team.

“I love these guys,” Weber said. “They are all great workers and the best tennis is ahead of each and every one of them. I know each one of these guys is high in character, has a high work ethic and lives his life with good values. They fit into our system perfectly. We finished the year really great last year and with this group coming in we are going to be able to start where we left off last spring. We are at that level right now, and now we just have to keep getting better.”

Ventura was a student at the University of Barcelona and played in International Tennis Federation Futures tournaments. Freshmen Bates and Chaffin are coming into FGCU after having successful high school careers.

Chaffin is from Tampa and had an undefeated senior year in singles and doubles at Wharton High School. He was Hillsborough County player of the year and on the All-County First Team.

Bates is from Marietta, Ga. and was also undefeated in singles his senior year at Pope High School. He hopes to bring a lot of energy to the team.

“I definitely want to bring some passion on and off the court and just kind of fire everyone up with that,” Bates said.

The team is coming off its best season. It had a 12-10 record and seven wins in conference play. Senior Jordi Vives is coming off a successful season being the first FGCU men’s tennis player to qualify for the NCAA tournament and the first player to be ranked by the Intercollegiate Tennis Association (ITA). He was the Atlantic Sun Conference player of the year and is currently ranked No. 55 by the ITA.

“I’m really excited for this year,” Vives said. “We have new guys and the new guys are really good. We are going to be a great team. I just want to fight to work every day because I’m going to be a target for the other schools now. Everyone knows me so I’m going to have to continue to work hard and show it on the court.”

Senior Tianyu Bao was also recognized by the conference at the end of last season. He was named to the All-Conference first team and has his sight set on winning the conference tournament this year.

“I think our team is much stronger because we added a lot of depth on our roster,” Bao said. “Honestly, I expect nothing less than winning conference.”

Along with pushing the team to be better, Vives, one of the senior captains, hopes to help the newcomers transition into life at FGCU.

“I’m one of the most experienced guys on the team so I always try to help them as much as I can on and off the court,” Vives said.

The team will start the fall season at the Bedford Cup in Jacksonville on Sept. 12-15. Their goal for the season is to make their team the best it can be.

“What we are going to focus on really is just setting a standard of excellence higher here than at other programs,” Weber said. “For me, I don’t care what other programs do, I care what this program does. As the year goes on, we have to make sure we hold true to our values and our principles. If we do that we will accomplish our goals.”