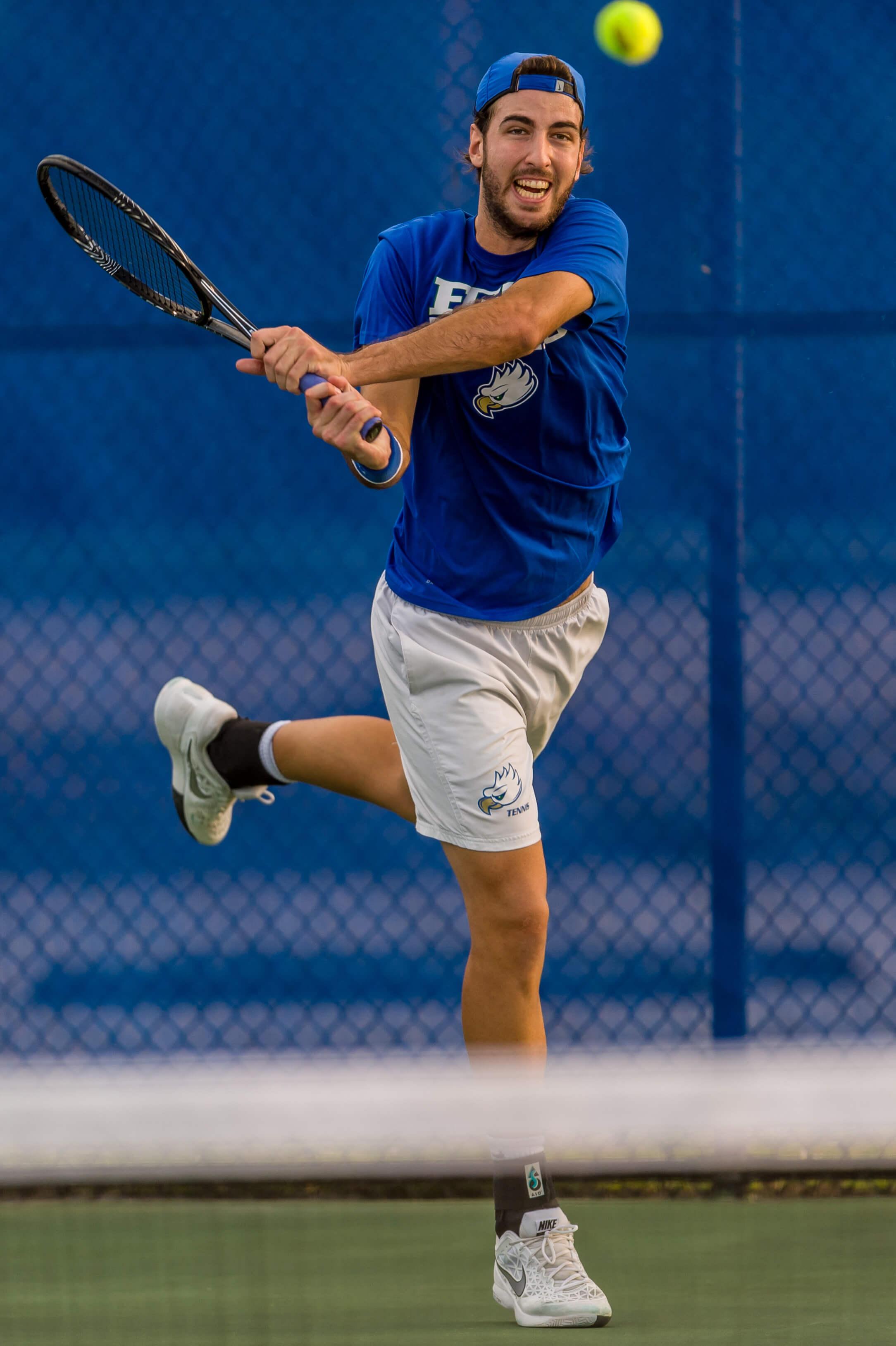 Facing its third ranked opponent of the season, the FGCU men’s tennis team fell 4-1 to No. 23 Penn State Sunday to conclude the USF Invite. With the loss, the Eagles have now lost consecutive matches for just the second time this season, falling to 9-6 this season. Penn State meanwhile is now 12-3.

“Today was another great fight from the guys, but unfortunately we got down early and lost a lot of first sets,” said head coach CJ Weber. “So we were always fighting from behind and couldn’t quite neutralize the match. We were very close to splitting sets on three of the courts and I would have loved to see those third sets.”

As singles play began, Ricky Ventura fell 6-3, 6-0 to Constant De La Bassetiere at No. 2 singles, putting FGCU behind 2-0. Oliver Landert gave the Eagles a burst of energy, earning a 6-4, 6-1 win at No. 5 singles over Ben Lieb.

“Oliver played great today and had a great weekend overall,” Weber added. “I’m very proud he is getting rewarded for his work ethic. I feel like he is definitely finding himself on the court again.”

Leonard Stakhovsky defeated Andres Alfonzo 6-4, 6-3 at the No. 1 spot and Ezequiel Cerrini lost 6-1, 7-5 to Matt Barry at No. 3 singles to conclude the match.

“We played a couple of really tough teams this weekend,” Landert said. “Against Troy, we played another really close match but unfortunately could not get the win. On Sunday, we showed we’re not far away from beating a team that is ranked as high as Penn State. We’re still learning a lot from playing these kinds of teams and I am sure that soon we will be able to come out on top.”

The remaining matches were not finished.