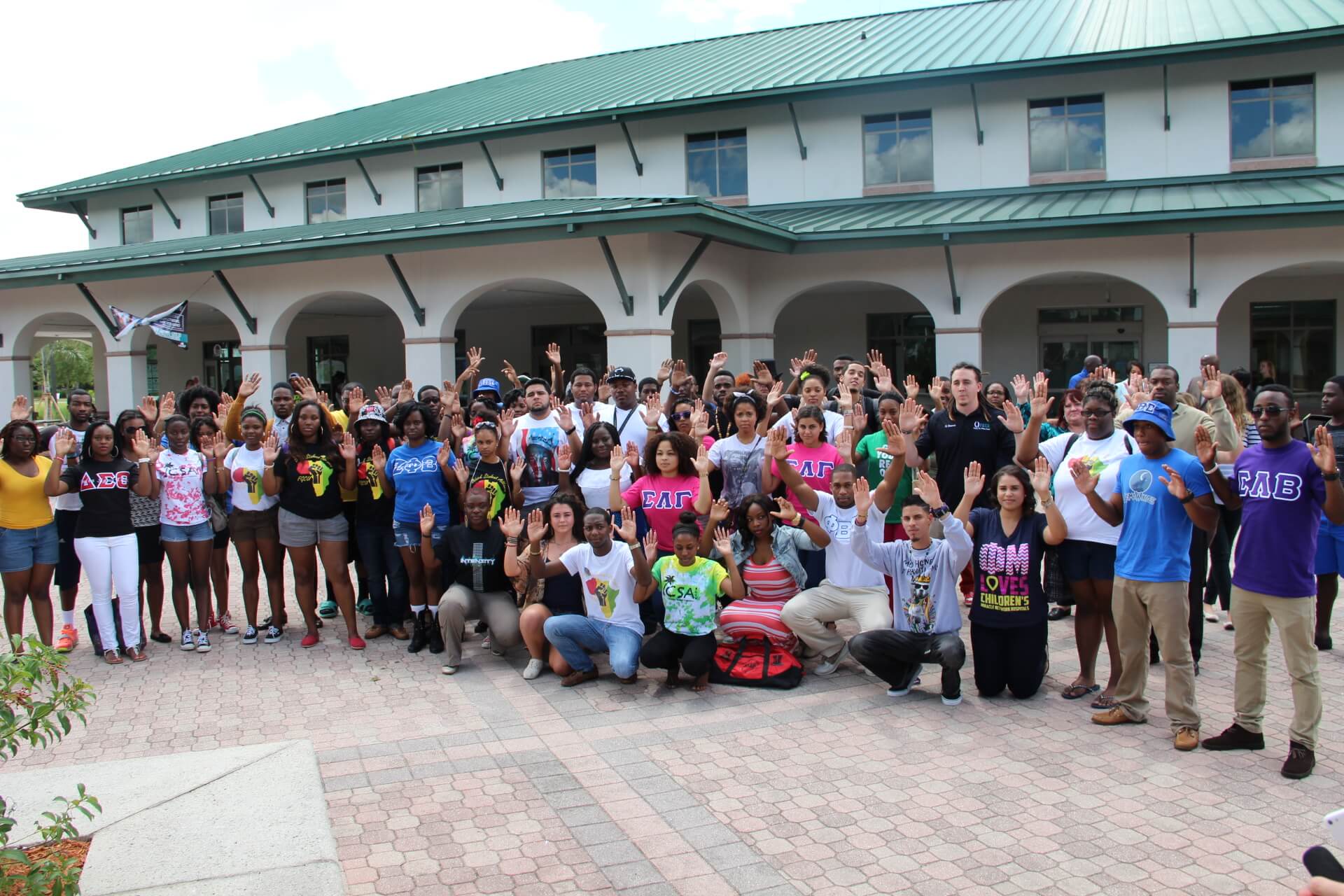 More than 60 staff members and students gathered Sept. 10 in the Student Plaza to “spread the love” and raise awareness of discrimination and racism.

The rally was held to show that members of Florida Gulf Coast University want to see a reform in the racial injustices in the nation following the recent killing of Michael Brown in Ferguson, Missouri.

Students gathered at 2 p.m. and stood in a circle holding hands. They began with a moment of silence to pray for the situation in Ferguson to end peacefully.

Senior environmental studies major Antwon Lindsey then stood in the center of the circle to address the group.

“We have to stay strong, we have to let it be known that we have a voice,” Lindsey said.

Freshman psychology major Tennessee Fairfield, a passerby who joined the circle, spoke toward the end of the ceremony.

“There are many in this world that say we are a violent species. They look at murder, war, prejudice and they say we are violent, we are hateful and this is not true,” Fairfield said.

“Our species relies on being social, working together. The greatest achievements throughout civilization are not singular acts, but the collection of all people,” he said. “If we don’t join together now, there might not be another chance.”

Fairfield said that he doesn’t follow the news and doesn’t know much about what is going on in Ferguson, but he knows about similar situations and finds this conversation relevant.

Following the ceremony, everyone gathered and took a picture with their hands in the air symbolizing the “hands up, don’t shoot” campaign currently going on in Ferguson.

After the picture was taken, Lindsey encouraged students to “be the change they wish to see in the world.”

Members of the rally signed a pledge to “never commit, condone or remain silent about discrimination or racism.”

“It lets a multicultural group of students actually talking about serious issues that matter. There are so many things in this world that don’t matter —  it’s fluff. It’s real talk and it’s important. A college institution where we have these young minds that have so much to give to our society and this academic community — to see them engaged and embrace and holding hands and talking was pretty nice,” Horton said.

Following the rally, many students and staff members remained in the student plaza to discuss issues of equality and racism.

“We are trying to make everyone stand up and be that voice. If it takes me or someone else to be that leader, then let’s do it. It only takes one person to be that change,” Lindsey said.