Two professors, one virus and the search for a dengue vaccine in an FGCU lab 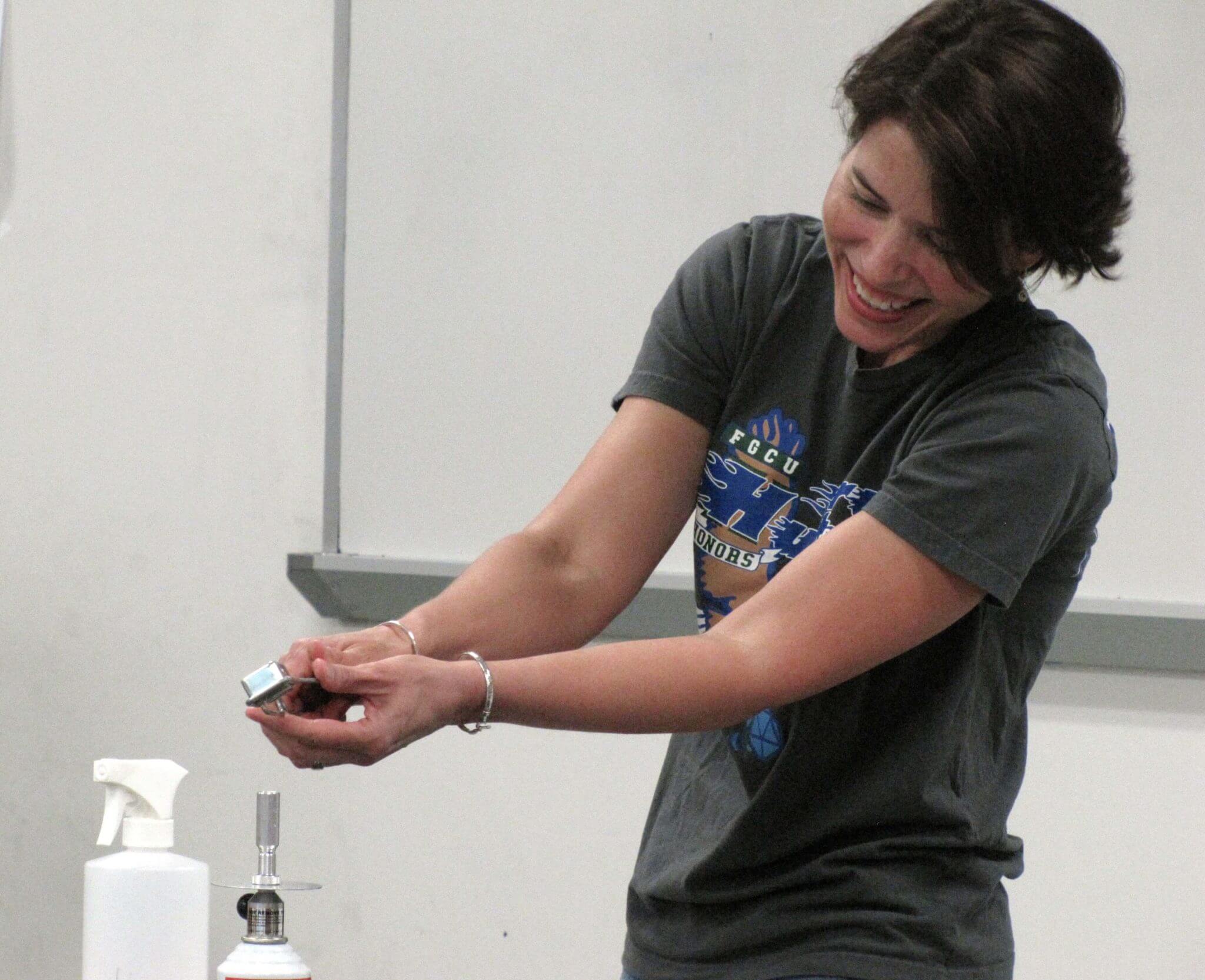 Twenty-thousand people die each year from dengue fever and it does not make the news.

“You look at the number of people dying in Syria or Iraq, for example,” said Scott Michael, Ph.D and professor at Florida Gulf Coast University. “Dengue kills that many people every year again and again, and you don’t see it on the news. That’s why it’s called a neglected disease.”

Michael is half of the FGCU team that is working to create a vaccine for dengue fever. Michael and Sharon Isern, Ph.D., have been working together on this research since they came to FGCU in 2004.

Dengue fever is a tropical virus that is transmitted through mosquito bites. Most people who contract the fever will have a mild, flu-like response, but some will have more severe symptoms such as hemorrhaging, high fever or shock syndrome.

Michael’s work with dengue began in 2000 when the couple taught at Tulane University in Louisiana, but Isern did not join in that research until the couple moved to FGCU.

“At Tulane I was basically working on gene transfer projects,” Isern said. “But when we got here, all of the lab spaces are shared. It was actually okay to work on projects together, it wasn’t a big no-no like at other universities.”

Michael, Isern and their team of hand-selected FGCU undergraduates worked to create inhibitors to treat dengue. The goal of these inhibitors is to keep the virus from spreading to new cells in the body once the victim has been infected.

In September 2013 and January 2014, the team received patents for the inhibitors they had successfully developed. These are the first patents that FGCU has ever had.

“There are research institutes where this happens all the time,” Michael said. “They have lawyers and are savvy. But for an up and coming university, there’s a little bit of a learning curve there.”

A biotech startup company in Atlanta has licensed Michael and Isern’s inhibitors from FGCU and is now testing them in mice in California.

Usually when researchers need to test an inhibitor or vaccine, it is first tested in vitro, in a petri dish with human cells. Then it will move on to be tested on mice, monkeys and eventually humans.

The problem with this, according to Isern, is that dengue is not a natural infection for animals.

“Mice do not naturally get sick with dengue,” Isern said. “It is a uniquely human disease.”

So when dengue treatments are tested on mice, the results are not always an accurate reflection of how the treatment will work on humans.

“There was just a big trial with a different molecule for dengue,” Michael said. “It worked in a petri dish, it worked with mice, and it completely failed in humans.”

That is just one of many challenges of working with dengue. Another issue is that there are four different types of the virus. Treating just one of those types with medicine means that the victim may be more easily infected by one of the other three strains. And these strains can infect the victim in a more severe way because of their previous exposure.

“If you get an immunization to type one you are vaccinated for that type,” Isern said. “But if you get infected with type two, or three or four, the immunization won’t neutralize them. It will actually prime you for a worse disease.”

That is why, while they wait to hear if the California pharmaceutical company has had success with their inhibitors, Isern and Michael are working on a vaccine that will treat all four types of dengue.

Isern recently secured $1.7 million in funding from the National Institutes of Health to help with this project.

“We kind of have a fresh approach,” Isern said. “We have designed an idea around what cells the virus targets.”

This involves getting a blood sample from someone with dengue, diluting out individual cells, growing the cells and looking at them one at a time.

But the couple who started their dengue research before their current labs in Academic Building Seven had even been built, are ready for that work.

It can be called a tropical virus, a uniquely human disease or even a neglected disease. But thanks to the work of scientists such as Isern, Michael and their team of FGCU undergrads, dengue fever may soon become a virus of the past.